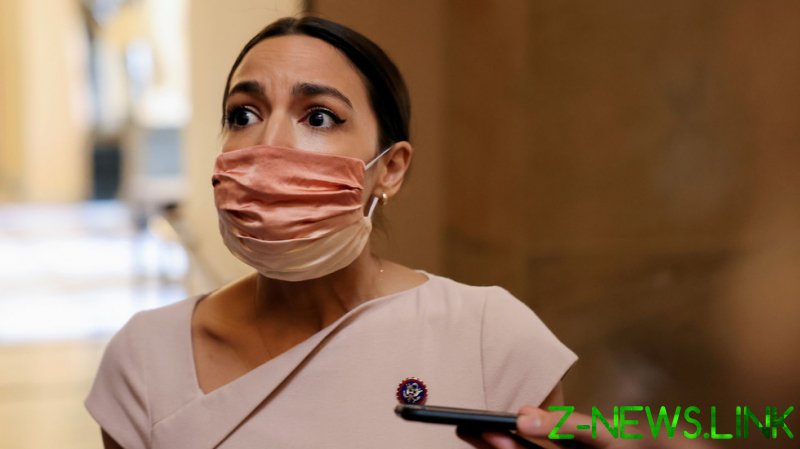 The two-page joint resolution of disapproval seeks to cancel the sale of Joint Direct Attack Munitions (JDAM) and Small Diameter Bombs, which was green-lit by the State Department earlier this month, prior to the outbreak of hostilities with Hamas and Islamic Jihad.

“The United States should not be rubber-stamping weapons sales to the Israeli government as they deploy our resources to target international media outlets, schools, hospitals, humanitarian missions and civilian sites for bombing,” Ocasio-Cortez tweeted on Wednesday. “We have a responsibility to protect human rights.”

“It is long past time to end the US policy of unconditional military arms sales, particularly to governments that have violated human rights,” says an email from Ocasio-Cortez’s office to her colleagues in the House, obtained by the outlet Jewish Currents. AOC, as the congresswoman is known, has also urged her online followers to email and call their representatives in the House and the Senate and urge them to back this push.

The resolution was co-sponsored by Democrats Mark Pocan of Wisconsin, Rashida Tlaib of Michigan, Cori Bush of Missouri, Ayanna Pressley of Massachusetts, and Betty McCollum and Ilhan Omar of Minnesota.

In a separate statement, Omar said it would be “appalling” to sell weapons to Israel “without any strings attached,” and that the sale would be “seen as a green light for continued escalation and will undercut any attempts at brokering a ceasefire.”

However, the resolution is a long shot at this point, as it has to clear the House Foreign Affairs Committee and get a floor vote by May 20 to meet the statutory 15-day deadline. Congress was briefed on the sale in April and formally notified on May 5. There were no objections from either the Democrats or the Republicans at the time.

Only if a senator takes up the resolution would it stand a chance of being heard. Even so, a majority of Democrats and Republicans have been outspoken in support for Israel.

In a telephone conversation on Wednesday, US President Joe Biden told Israeli Prime Minister Benjamin Netanyahu that “he expected a significant de-escalation today on the path to a ceasefire,” White House spokeswoman Karine Jean-Pierre told reporters.

Shortly afterward, however, Netanyahu said he was “determined to continue this operation until its objective is achieved – to restore quiet and security” to the citizens of Israel.

Hamas, meanwhile, said that “there can be room to talk about arrangements to restore calm” only when the US “compel Israel to end its aggression in Jerusalem and its bombardment of Gaza,” according to their spokesman Hazem Qassam.

Hamas and Islamic Jihad have launched thousands of missiles into Israel since May 12, citing the Israeli court’s decision to evict Palestinian families from the Jerusalem neighborhood of Sheikh Jarrah in favor of Jewish settlers, and the “repression” of protests outside Al-Aqsa mosque during Ramadan. Israel has responded by destroying a number of buildings, including high-rises, in the strip, using airplanes, drones, tanks and artillery to bombard the enclave.