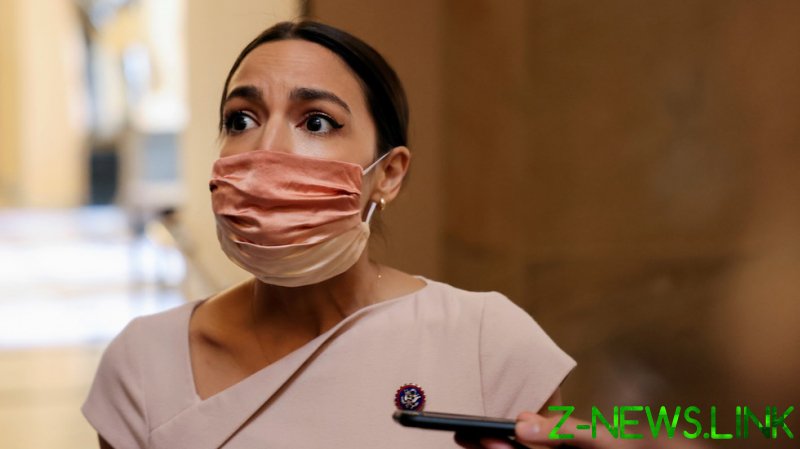 During an interview on CNN on Sunday, Ocasio-Cortez was asked about her recent tweet accusing critics of “mischaracterization” in their attacks on Omar, after Omar tweeted, “We must have the same level of accountability and justice for all victims of crimes against humanity. We have seen unthinkable atrocities committed by the US, Hamas, Israel, Afghanistan, and the Taliban.”

A dozen Jewish Democrats signed a letter demanding clarification from Omar, and blasting her apparent comparison of Israel and the US with the Taliban and Hamas. Ocasio-Cortez says her colleagues “mischaracterized” her fellow ‘squad’ member’s words in ignoring the specific cases she was referring to in her comments.

The congresswoman went on to accuse the Democrats of promoting “right-wing vitriol” with their criticism: “This whole hubbub started with right-wing news outlets taking what she said out of context. And when we feed into that, it adds legitimacy to a lot of this kind of right-wing vitriol … And as someone who has experienced that, you know, it’s very difficult to communicate the scale and how dangerous that is.”

Omar also responded to the letter herself, denouncing it in a tweet as “shameful” and accusing the signatories of engaging in “Islamophobic tropes.”

While doing the cable-news rounds on Sunday, House Speaker Nancy Pelosi (D-California) was also asked about the controversy, and made it clear she was more ready than Ocasio-Cortez to move on from the story.

“Congresswoman Omar is a valued member of our caucus,” she said, explaining that the Democrats had been concerned Omar was making an “equivalency” between the US and the Taliban or Hamas, but adding that they had accepted her “clarification.”

“So, do you want people to just let it go?” CNN host Dana Bash asked.

“They can say whatever they want,” Pelosi responded. “What I’m saying is ‘end of subject’. She clarified. We thanked her. End of subject.”