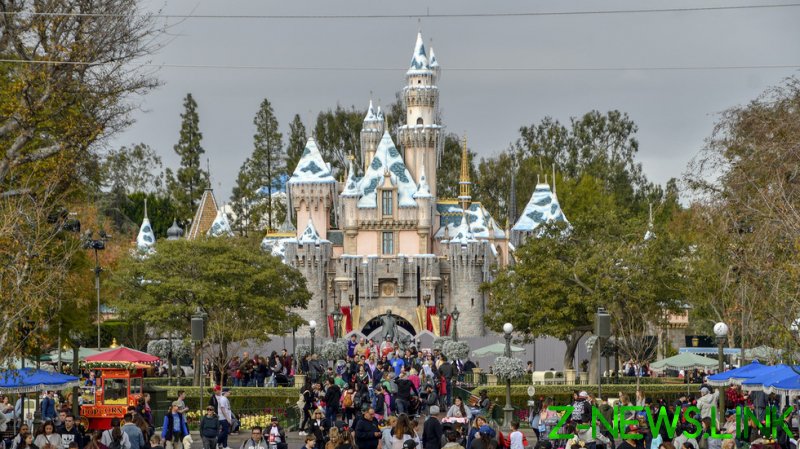 In November 2019, Disney slapped a content warning on some of its classic animated movies. The warning read simply, “This program is presented as originally created. It may contain outdated cultural depictions.”

If you give the woke an inch, they’ll take a mile, and this was proven when, less than a year later in October 2020, when that concise and mundane warning was updated to state, “This program includes negative depictions and/or mistreatment of peoples or cultures. Rather than remove this content, we want to acknowledge its harmful impact, learn from it and spark conversation to create a more inclusive future together. Disney is committed to creating stories with inspirational and aspirational themes that reflect the rich diversity of the human experience around the globe.”

Thanks to journalist/filmmaker Christopher Rufo, who is the Woodward and Bernstein of all things woke-gate, we now know what sort of corporate cultural conditioning went into making the type of individual that would write such a woke monstrosity as that updated “content warning.”

In an article titled “The Wokest Place on Earth,” Rufo uses documents from whistleblowers inside Disney to reveal the woke racist hellscape that is the Walt Disney Corporation.

According to Rufo’s documents and statements from anonymous sources, Disney’s “diversity and inclusion” program “Reimagine Tomorrow” aggressively indoctrinates employees in woke politics and appears to create a hostile work environment for white employees.

The company has “launched racially segregated affinity groups” for minority employees such as Asians, Hispanics and blacks, but white employees are singled out for indoctrination and must fill out “white privilege” checklists and be grilled on their “white fragility.”

“Anti-racism,” which is little more than anti-white racism wrapped in intentionally vague and impenetrable academic language, has become the center of the company’s agenda, with “almost daily memos, suggested readings, panels, and seminars that [are] all centered around antiracism.”

Disney’s “white fragility” and “anti-racism” agenda is about “pivoting” from “white dominant culture,” which it describes as one that emphasizes “competition,” “power hoarding,” “predominantly white leadership,” “individualism,” “timeliness” and “comprehensiveness.”

It’s pretty rich that Disney, which controls nearly 40% of the US  box office after spending $83 billion buying up Pixar, Marvel, Lucasfilm and Fox in recent years, is lecturing low-level employees on the evils of “power hoarding” and “competition.”

As Rufo points out, it is equally rich that Disney’s four top executives, Bob Iger, Bob Chapek, Alan Bergman and Alan Braverman – white males with over a billion dollars of net worth – feel it appropriate to badger their hourly-wage employees to complete “white privilege” checklists and “work through feelings of guilt, shame, and defensiveness about their whiteness.”

Speaking of these Disney executives, if they were really interested in “pivoting” from “white dominant culture,” they’d start by addressing “predominantly white leadership” by getting their pasty white asses out of the seats of Disney power.

They could also eradicate “competition” and “timeliness” by letting people pay what they want and stay as long as they like at Disney theme parks resorts. This way Disney theme parks would be “inclusive” to homeless, poor and low-income people, including many people of color, who currently cannot afford the exorbitant prices.

They could also renounce all of Disney’s copyright claims on their vast resources of intellectual property, allowing anyone to use them for gain. Of course, they would never do any of those things.

Disney’s diversity and inclusion push is hypocritical nonsense too, as like all woke totalitarians, it actually has no interest in diversity of opinion or the inclusion of differing viewpoints, only in enforcing conformity. Just ask Gina Carano.

Examples abound of how the malignancy of wokeness has spread and radically transformed Disney.

The Pixar movie Soul is a perfect example. Instead of letting two-time Oscar winning director Pete Docter make the best movie possible, Disney went to hysterical heights to appease the woke gods of diversity in making its first Pixar movie with a black protagonist. This included using a corporate “inclusion strategies” department, creating a “cultural trust” of black employees, hiring outside consultants and black organizations and hiring a black co-director.

Disney’s walk to wokeness looks like a death march for artistry and entertainment when you see the radical transformation of the Marvel properties. The rollicking, insightful yet fun-loving action movie sentiment of pre-Disney Iron Man (2008) has morphed into the lifeless, soul-sucking woke propaganda of Captain Marvel (2019) and the relentless preachiness of The Falcon and the Winter Soldier (2021).

The all-powerful Disney is the Roman Empire of the entertainment industry, and the woke barbarians aren’t at the gate, they’re well inside the walls and sitting at the seat of power. These woke parasites don’t build things, they only destroy them by draining them of vitality and driving out talent. This is why Disney’s business model shifted from making its own original content to gobbling up content creators like Pixar, Marvel, Lucasfilm and Fox, and slowly sucking the life out of them.

Disney is going to learn that wokeness destroys everything it touches. It may take years or decades, but it’s just a matter of time before “get woke, go broke” becomes Disney’s reality and Mickey Mouse’s whole sh*thouse goes up in flames. Good riddance.