Home / business / Anniversary FOS: what has been achieved by the Ukrainian army

Anniversary FOS: what has been achieved by the Ukrainian army 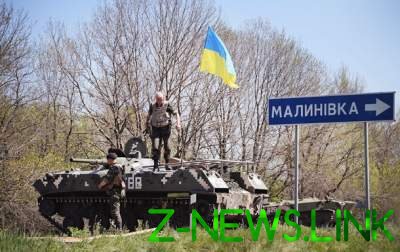 Operation United forces on 30 April 2018 was replaced by the anti-terrorist operation on Donbass.

For the year of operation of the United forces in the Donbass returned under the control of about 24 square kilometers of territory, including three settlements – farm Free, Pivdenne Noises. About it told the commander of OOS, Lieutenant-General Sergei New, the press center of the headquarters of the environmental protection in Facebook on Thursday, may 2.

New also added that the format of the operation, in addition to purely military tasks included the conduct of law-enforcement, civil-humanitarian activities and the implementation of integrated projects to rebuild infrastructure and create conditions for further peaceful life of the population of the region.

“Among our biggest achievements in the first place, it should be noted forcing the enemy to reduce fire intensity and consequently the decrease in the number of casualties on our side”, – stated in the message.

As is known, the operation of the United forces began on 30 April last year. It is actually a reformatting of the anti-terrorist operation, in effect from 2014.