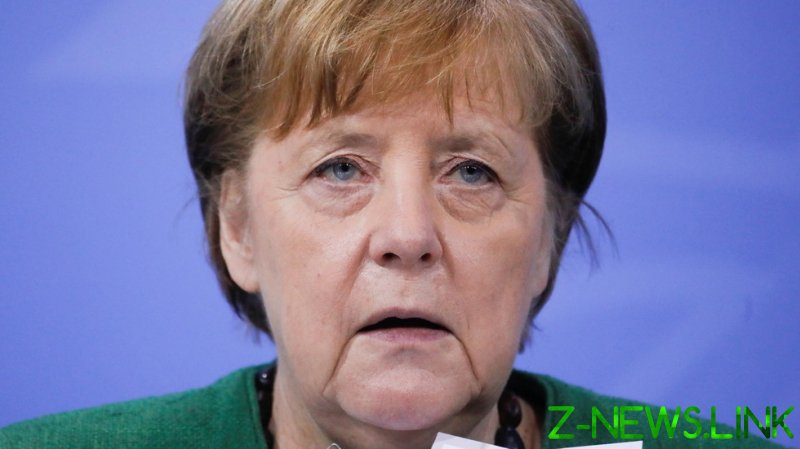 Voters in the states of Baden-Wuerttemberg and Rhineland-Palatinate went to the polls on Sunday, and by the time exit polls were published that evening, it was clear that they had given Merkel’s Christian Democratic Union (CDU) a drubbing.

The CDU could once count on support from Baden-Wuerttemberg, an industrial state which is home to auto manufacturers Porsche, Daimler, and Mercedes-Benz. However, the Green Party was projected by TV network ZDF to take home 31.5% of the vote, leaving the CDU in second place with 23%, down 4% from 2016. In Baden-Wuerttemberg, the CDU is, and looks set to remain, the junior partner in a coalition with the Greens.

Neighboring Rhineland-Palatinate is also ruled by a coalition, with the CDU playing second fiddle to the center-left Social Democrats (SDP). By Sunday evening, ZDF predicted that the SDP would lose 2.7%, hanging on to first place with 33.5% of the vote. The CDU is predicted to come in second with 25.5%, down 6.3% since 2016. The Greens are predicted to pick up more than 4%, with a smattering of smaller parties taking minor gains and losses.

Right-wing Alternative for Germany (AfD), which more than doubled its share of the vote in two state elections in 2019, had a relatively disappointing outing on Sunday. The party was predicted to come in third place in both Baden-Wuerttemberg and Rhineland-Palatinate, scoring 12.5% and 10.5% respectively. Both figures are around two percent lower than 2016’s results.

CDU leadership will likely be unsurprised by the party’s poor showing, as defeat was predicted in the runup to Sunday’s elections. However, having those predictions materialize does not bode well for the party with a general election set to take place in September. Merkel is not expected to run for a sixth term as leader of Germany’s government, though the long-serving chancellor has yet to nominate a successor.

Meanwhile, two CDU lawmakers and one politician from its sister party, the CSU, have resigned over separate corruption scandals. Mark Hauptmann quit last week due to his involvement in shipping ventilators to Azerbaijan even as the coronavirus pandemic took hold at home in Germany, while Nikolas Loebel announced several days earlier that he was leaving politics for good after allegedly receiving €250,000 ($298,000) for setting up a deal for face masks between a Chinese supplier and the German cities of Heidelberg and Mannheim. The CSU’s Georg Nuesslein quit several days before that, after reportedly netting €660,000 ($800,000) for lobbying the government on behalf of a supplier of protective equipment.

The full extent of the CDU’s losses are not yet known, as results will continue to be updated throughout Sunday night. However, exit polls are considered fairly reliable by early evening, and no surprise turnarounds are expected.