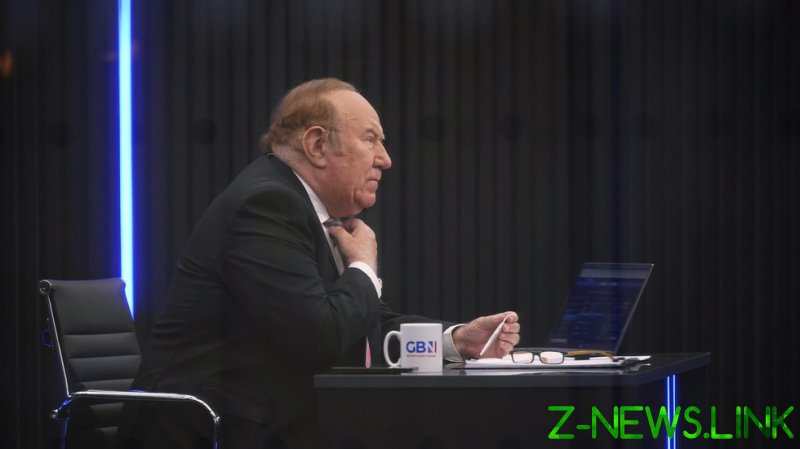 Despite wishing GB News well in his resignation letter on Monday, Neil had strong words for the channel during an appearance on BBC Question Time just days later on Thursday.

“I had always made it clear it wouldn’t be a British Fox News and I think you could do something different without going anywhere near Fox,” Neil declared, claiming that Fox News “deals in untruths, it deals in conspiracy theories, and it deals in fake news.”

“That’s not my kind of journalism and I would never have set out to do that,” he said, before adding, “I’ll let you draw your own conclusions as to why I’m here tonight and not with GB News.”

Neil had previously worked for the BBC before his brief stint at GB News.

Asked exactly why he resigned, Neil explained that “more and more differences emerged between myself and other senior managers and the board of GB News and rather than these differences narrowing, they got wider and wider” as the venture went on.

Neil concluded that such a route wasn’t for him, however, and that “the differences were such that the direction they were going was not the direction that I had outlined” or “envisaged for the channel,” making him “a minority of one” at the company.

The reactions to Neil’s comments were largely negative, with some social media users considering it bad form to talk so negatively about a company he had just left and others accusing the broadcaster of having intentionally launched a “far-right news channel.”

GB News contributor Calvin Robinson claimed on Twitter that Neil had “just cancelled himself” from ever appearing on GB News again and questioned, “Where is there left for him to go?”

“Distancing himself from the channel he helped create by taking unnecessary swipes, does this mean he’s back grovelling to Aunty Beeb?” Robinson continued, pointing out that Neil had implied GB News spreads conspiracy theories and untruths with his Fox News comparison.

Others noted that they couldn’t “see Neil even appearing as a pundit on GB News after these comments,” and described his BBC appearance as an “unmitigated f**king disaster” and a “car crash.”

Lawyer Jessica Simor questioned why Neil had appeared as a guest on Nigel Farage’s GB News show after he had already resigned from the channel if he had such moral opposition to the company.

Neil even received heavy criticism on BBC Question Time. Writer Nels Abbey – another panellist on the show – displayed an old newspaper clipping of Neil promising GB News would not be “woke” and argued that the broadcaster “knew exactly what you guys were setting up,” with “woke” being used as a “dog whistle” for a certain kind of audience.

Abbey also criticised Neil for comparing GB News to Fox News, claiming that GB News was a “very shoddy” platform which was “embarrassing to watch.”

“Fox News actually has very decent production values and very thought through programming. GB News is by no means whatsoever Fox News, it’s actually a very inferior product to almost anything on the market,” he declared.