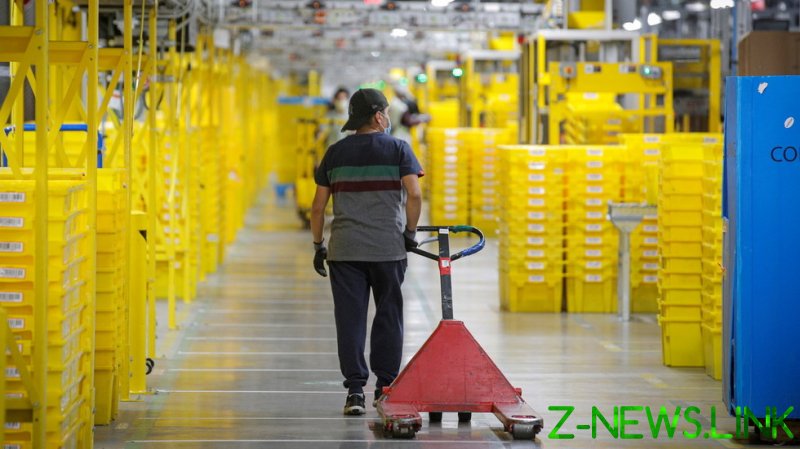 The companies include Facebook, Uber, UPS, Pfizer, Chobani, Trip Advisor, Western Union, Hilton, Gap, Mastercard and Amazon – the latter of which will train and hire Afghan refugees to work in its controversial warehouses and transportation centers.

“This effort will empower Afghans beginning a new life in America – in support of the US government’s long-term vision of economic and social integration,” the Tent Foundation declared.

Chobani CEO Hamdi Ulukaya, who founded the coalition, said in a statement that “every part of our society must play its part to welcome our Afghan brothers and sisters,” adding, “They have stood by our side, and we must stand by theirs.”

“The moment a refugee gets a job, it’s the moment they stop being a refugee” and “can start a new life,” Ulukaya said, calling on more American businesses to join the coalition.

In a press release, the Tent Foundation praised Amazon’s “remarkable efforts” to include refugees in its US workforce, hiring people from all nationalities at its fulfilment and transportation centers, and “training and placing high-skilled refugees in corporate roles across different business teams.”

In a statement of its own, Amazon boasted that it “continually hires immigrants and refugees across the company” and is committed to expanding those efforts, noting the “imminent need” for Afghan refugees.

The United States reportedly evacuated over 65,000 Afghans during its controversial military withdrawal from the country last month – at least 24,000 of which have arrived in the US.

Amazon – which has successfully fought to stop the unionization of its workers – has faced heavy backlash in recent years due to allegations of inhumane employee treatment.

In 2017, an undercover journalist for The Mirror reported that Amazon employees were being treated like “animals” and worked to exhaustion, while in 2018, another journalist claimed Amazon warehouse employees were urinating in bottles to avoid missing their work targets, as bathroom breaks were so strictly timed and facilities were far from work stations.

Hundreds of Amazon workers protested the alleged “inhuman” conditions on Black Friday in 2018.

Despite such reports, Amazon has denied ill treatment of its workers, tweeting in March, “You don’t really believe the peeing in bottles thing, do you? If that were true, nobody would work for us.”

In the same month, however, a leaked Amazon memo showed that the company knew of its drivers defecating into bags while undertaking deliveries.