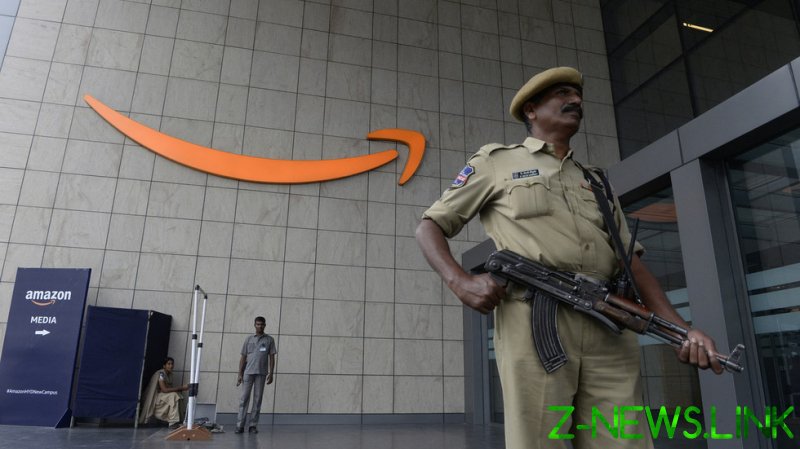 Unnamed Amazon India executives have been booked under the nation’s narcotics law, the police in the Indian central state of Madhya Pradesh said on Saturday evening, providing no information as to how many top managers were charged.

Police reportedly arrested two men with 20kg of marijuana on November 14, saying the pair had founded a firm, Babu Tex, which was registered with Amazon as a vendor. The marketplace was then reportedly used for smuggling the substance in the guise of stevia leaves to other Indian states.

State police also said that senior executives of Amazon India were being named among the accused under the country’s drug legislation due to differences in answers provided by the corporation in response to police questions and facts unearthed during discussions.

“In view of similarities between the facts revealed in investigation and answers provided by Amazon via documents, the executive directors of Amazon India have been made the accused under the Narcotic Drugs and Psychotropic Substances Act,” the statement reads.

Shortly after the allegations emerged, the US company released a statement, saying that listing and selling legally prohibited products is not allowed on Amazon’s portals. The retailer also said that it takes strict action against sellers in case of any contravention.

“The issue was notified to us and we are currently investigating it,” Amazon said of the alleged marijuana smuggling.

India is a major overseas market for Amazon. The company has poured more than $6.5 billion into its operations in the country.

READ MORE: US tech giants about to get their hands on India’s $24 billion worth of farm data

Amazon India is currently the subject of an antitrust probe and is in the middle of a heated debate over multi-billion-dollar deals involving two of India’s largest retail chains.

In September, a whistleblower at its Indian subsidiary alleged that the company’s legal representatives had bribed government officials in the country. Amazon claimed it launched an investigation into the allegation.