Aliens like our NUKES, former intel official admits, claiming that UFOs ‘interfered’ with US atomic capabilities 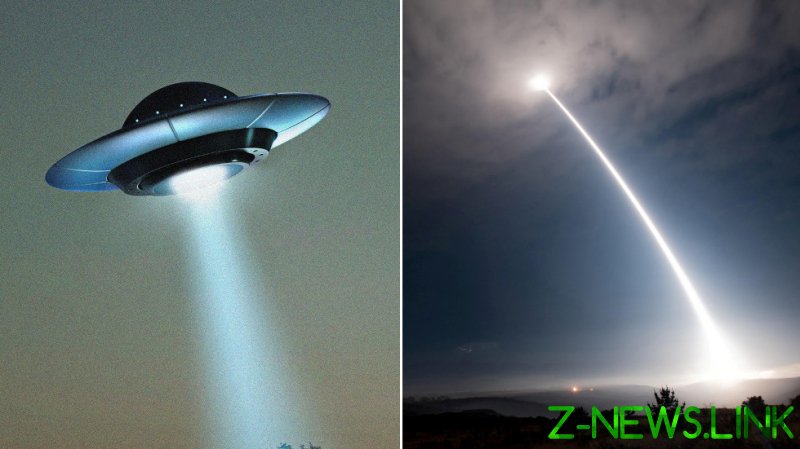 Speaking to the Washington Post on Tuesday, Luis Elizondo, former director of the military’s Advanced Aerospace Threat Identification Program (AATIP), revealed that UFOs  – or whoever pilots them – are fascinated with nuclear energy.

There is “some sort of intersection between these UAP or UFO sightings and our nuclear technology with nuclear propulsion, nuclear power generation, or nuclear weapons systems,” Elizondo told the Post, adding that “those same observations have been seen overseas in other countries.”

Furthermore, these craft have “interfered and actually brought offline” the US’ nuclear capabilities on more than one occasion, and did the opposite in other countries, “put them online.”

Elizondo spoke as Congress prepares to receive a report on UFO – or to use the military’s favored term, UAP (Unidentified Aerial Phenomena) – activity. The report, ordered under the Trump administration last year and compiled by the Pentagon, will neither confirm nor deny that these craft are extraterrestrial, according to snippets revealed by the press last week. The AATIP was disbanded in 2012, and Elizondo has previously claimed that higher-ups in the military attempted to bully him into silence when he first began speaking about UFOs.

While ‘true believers’ have long held that the UFOs captured on film since the 1950s are extraterrestrial visitors, military types have countered with another theory: that they’re actually highly advanced technology developed by the US’ adversaries.

Elizondo isn’t so sure. Video footage he’s seen suggests technology “that could be anywhere between 50 to 1,000 years ahead of us…they can outperform frankly anything that we have in our inventory and we’re pretty certain anything that our foreign adversaries have in their inventory.”

This video footage – shot by military pilots – shows craft performing impossible feats of physics, outrunning supersonic jets, and changing direction seemingly instantly. The Pentagon has admitted that much of this footage is genuine, and former Director of National Intelligence John Ratcliffe stated earlier this year that the government has more footage that hasn’t yet been made public.

The rapid changes in direction baffled Elizondo. “Human beings can withstand about 9 g forces or some of our best aircraft can withstand about 16 Gs,” he explained. “These things are doing 3-, 4-, 600 Gs in midflight.” Furthermore, they can fly at hypersonic speeds. While hypersonic technology exists – Russia has rolled out several hypersonic missiles, for example, these craft can make turns that not even the latest human-developed hypersonics can.

Furthermore, the UFOs seemingly have the ability to cloak themselves from human observers and to operate in any medium  – air, water, or the vacuum of space – without compromising performance.

That a former defense official would speak so candidly about UFOs would seem unthinkable a decade or two ago, when UFO ‘truthers’ were considered cranks and loons, and the government kept tight-lipped on the phenomena. But now, as if at once, officials from every level of the US government have fallen over each other to entertain the idea of extraterrestrial visitors.

In the runup to Congress’ report on the matter, former President Barack Obama, former CIA Director John Brennan, and a host of military spokespeople have all offered comments along the lines of “we don’t know what they are, but we’re keeping an open mind.” And though their comments represent a complete departure from the silence of yesteryear, they’re not the most outlandish claims uttered by high-ranking military officials around the world. Haim Eshed, the former head of the Israeli military’s space division, claimed late last year that the US signed a deal with a “Galactic Federation” of aliens, to keep their existence under wraps and avoid “mass hysteria.”

Whatever the reason for the sudden embrace of UFO trutherism in Washington, the coming report likely won’t venture into the sci-fi territory of Eshed. Much of it will likely be classified, but in another interview with the Washington Post last week, Elizondo called for its release to the public.

“Wherever these technologies come from, they are clearly far more advanced than any earthly technology known to our intelligence services,” he said. “We urgently need our best scientific and intelligence collection tools applied to understand what our pilots are witnessing.”