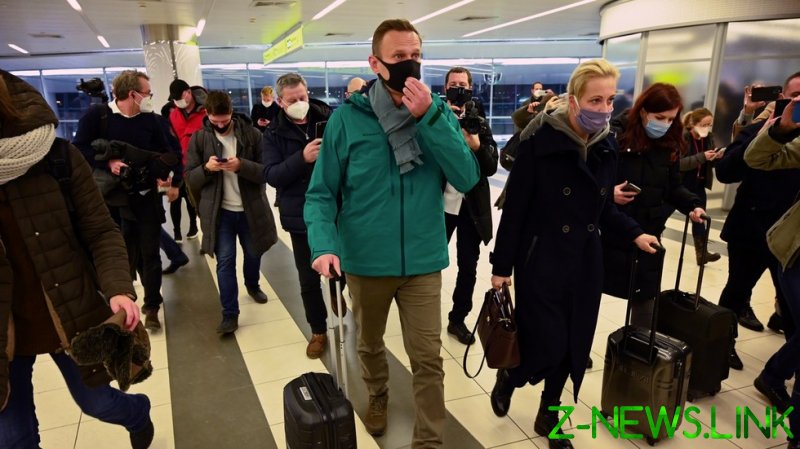 The decision means that he will be detained for 30 days awaiting trial. Navalny is accused of breaking the terms of his probation, following a three-and-a-half year suspended sentence he recieved in 2014. That conviction relates to a fraud case involving the French cosmetics brand Yves Rocher.

The hearing was unexpectedly moved to Monday afternoon, with his legal representatives being handed the court documents exactly one minute before the proceedings began. According to Navalny, he left his prison cell for a meeting with his lawyer, Olga Mikhailova, but was immediately taken to a makeshift courtroom in the police station.

In a video posted on Twitter by his representative, Kira Yarmysh, Navalny branded the unexpected hearing as “the most extreme form of lawlessness.”

In 2014, in a controversial case, Navalny was found guilty of embezzling 30 million rubles ($400,000) from two companies, including Yves Rocher. He received a three-and-a-half-year sentence suspended for five years, which was later extended for another year. It was due to expire on December 30, 2020, but he was summoned by the Federal Penitentiary Service (FSIN) a couple of days before it ended. He didn’t turn up and was therefore declared a wanted person.

According to the authorities, Navalny was supposed to periodically present himself to the FSIN as part of his suspended sentence. As he was in Germany, convalescing from an apparent poisoning in Siberia last August, he was unable to comply. However, a report published by Berlin doctors in December showed that he had recovered, and therefore, according to the FSIN, he technically should have been able to attend.

At the impromptu court, set up without his knowledge, his lawyer was given the court documents at 12.29pm, precisely one minute before the trial began.

Speaking to the judge, the opposition figure requested that “real journalists” be allowed into the room, in order for the “absurdity” of the process to be made “transparent.” He was referring to the fact that a number of state media reporters were present.

Navalny returned to Moscow on Sunday, almost five months after he arrived in Germany on August 22, in an induced coma. According to German doctors, he was poisoned with the nerve agent Novichok. Navalny accuses the Kremlin of being behind the attack – an allegation that has been flatly denied by Putin’s spokesman.