Famous Spanish Director (“the Sad ballad for trumpet”, “the Witches of Zugarramurdi”, “wild story”) , Alex de La Iglesia at this time is the producer and as such is a film of his compatriot Paul urkijo Alijo “the Devil’s blacksmith” (Errementari). Judging by the first trailer, it will be a dark Gothic tale, even though de La Iglesia and companies can expect anything – Alex he was still a visionary and original.

World premiere of the film took place in Sitges in the framework of the Festival Internacional de Cinema Fantàstic de Catalunya. And the word “Catalunya” is not just used. The fact that “the Devil’s blacksmith” based on Basque folklore.

Somewhere in the Basque wilderness near the village lives a blacksmith of the devil. All the residents believe he’s evil incarnate, and come to his home can not be in any case. But children are children, and harmful boys, mocking a local orphan, tear off the doll’s head off and throw over the fence to the house of a blacksmith. Girl sneaks into forbidden territory. Just at this time a newcomer, the official assures residents that the blacksmith in his house is hiding the gold.

The next film will take place in the framework of the fest horror films in San Sebastian. 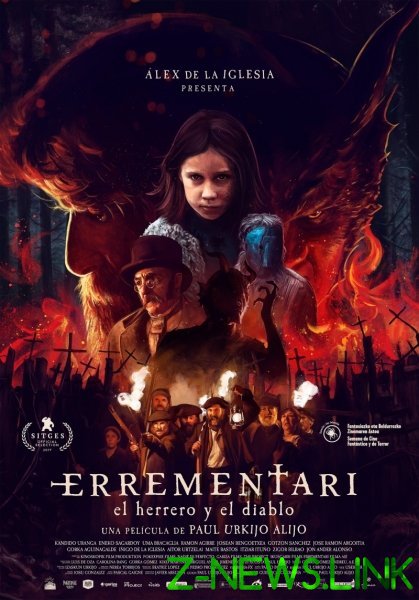