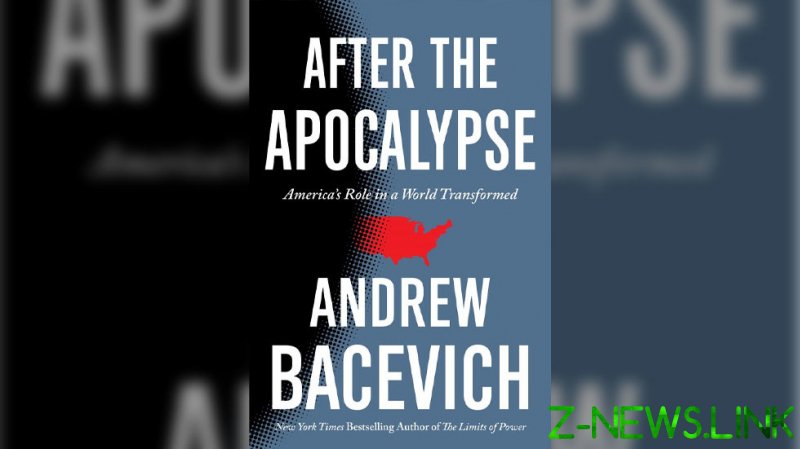 Less than ten pages into Andrew Bacevich’s provocative new book, ‘After the Apocalypse’, I was confronted by a re-telling of the now infamous exchange between former Fox News pundit Bill O’Reilly and former President Donald Trump. “He’s a killer”, O’Reilly says about Russian President Vladimir Putin. “There are a lot of killers,” Trump responds. “You think our country’s so innocent?”

What separates Bacevich’s wheat from the chaff that normally accompanies this exchange is that, by contrasting it with former Democratic presidential hopeful Hillary Clinton’s contention that “America is great because America is good,”Bacevich makes the exact opposite point – America is not necessarily good, and as such it is not inherently great. “Startling, unpresidential,” Bacevich said of Trump’s statement, noting that “here was a truth long deemed inadmissible among adherents of American exceptionalism.” Moreover, Bacevich said, “by professing that truth, Trump had committed heresy.”

‘After the Apocalypse’ is a welcome act of heresy among the plethora of chest-beating ‘America is Back’ nonsense being peddled across the American mainstream media. A refreshingly realistic, yet decidedly uncomfortable, call for the reexamination of America’s rightful role in the world. Using French historian Marc Bloch’s classic work, ‘L’Etrange Defaite’ (‘Strange Defeat’, a short examination of France’s crushing loss to Germany in 1940) as a model, Bacevich likens the apocalyptic defeat of France at the hands of Nazi Germany to the disastrous social, political, and economic defeat America inflicted on itself in 2020. This defeat stemmed from the combined impact of the Covid-19 pandemic, the violent manifestation of social and racial inequity on the streets of American cities, and the implosion of American democracy during the 2020 presidential election. “The Apocalypse of 2020,” Bacevich writes, “demands that Americans finally take stock of what post-Cold War national security policies have produced and at what cost.”

‘After the Apocalypse’ is, thankfully, a short book, not because its material is dense (it is not – just the opposite), but because its material, fact-based and shorn of any of the usual sugar coating that usually accompanies any critical examination of the state of the United States today, is very hard to digest, if for no other reason than the truth hurts. Bacevich shuffles the uncomfortable history of America’s post-Cold War experience into a series of vignettes linked by blunt analysis that drives a central point home: America has stumbled, badly, and will complete its precipitous fall unless measures are taken to radically reform its failed and flawed relationship with itself and the world.

Bacevich not only provides a sound diagnosis of what ails America today, but also harsh and necessary prescriptions if we are to be able to heal ourselves. One of the most difficult to confront is his contention that, in order to responsibly co-exist among the nations of the world today, the United States needs to end its military alliances. Calling NATO an “exercise in nostalgia” that fails to live up to its promise of collective security, Bacevich believes that the dissolution of the trans-Atlantic alliance is the first step in restructuring the US away from the role of empire it currently plays, to a posture more in keeping with the notion that the US is but one of many nations struggling to exist in a world plagued with shrinking resources, increasing populations, and worsening climate.

Bacevich also promotes doing away with the so-called “combatant commands” of the US military, which have divided the globe into spheres of interest and influence where the needs of the military more often than not take precedence over the conduct of diplomacy, with disastrous consequences. Bacevich highlights the role that one such combatant command, US Central Command (or CENTCOM, responsible for the Middle East and Southwest Asia), played in losing the Global War on Terrorism in the aftermath of the terrorist attacks of 9/11. “Can anyone doubt,” Bacevich writes, “that the Global War on Terrorism, initiated by George W. Bush twenty years ago, has failed?” Bacevich does not, and his case for CENTCOM as one of the driving forces behind this failure is convincing.

The primary focus of Bacevich’s book is foreign policy or, as he puts it, “Responsible Statecraft” (Andrew Bacevich is one of the founders of the Quincy Institute for Responsible Statecraft, a bipartisan Washington, DC-based think tank that focuses on issues of foreign policy and national security affairs). There is no doubt that ‘After the Apocalypse’ serves a secondary purpose of promoting both the Quincy Institute and Bacevich as promulgators of a new school of moderate, responsible policy making in Washington, DC. There is nothing wrong with a bit of self-promoting in support of a good cause, and responsible statecraft, as pursued by both the Quincy Institute and Bacevich, is a good cause.

That being said, ‘After the Apocalypse’ stands on its own as a work of note, regardless of its affiliations, a ‘must read’ for any student or practitioner of American statecraft – especially those who engage in the continuation of policies promoting American exceptionalism. In Ancient Rome, it is said that a slave would stand behind victorious generals as they paraded triumphantly through the streets after returning from victory on the battlefield. The purpose of the slave? To continuously whisper “Remember you are mortal” in the ears of these generals, lest they be overcome by hubris.

‘After the Apocalypse’ serves in this role today, a constant reminder to those who have embraced the mantra of “Build Back Better” that they are not immune to the harsh lessons of history, and that those who ignore those lessons are destined not only to repeat past mistakes, but to fail miserably in the process.

This is not a future Bacevich either wants or desires for America, but, he writes, “to escape from our era of ideological fantasy requires taking stock of the dismal consequences that American arrogance and misjudgment have yielded since we thought the world was ours.”