Home / WORLD / After months of bashing Russia’s Sputnik V vaccine, Western journalists in Moscow line up to be inoculated against Covid-19

After months of bashing Russia’s Sputnik V vaccine, Western journalists in Moscow line up to be inoculated against Covid-19 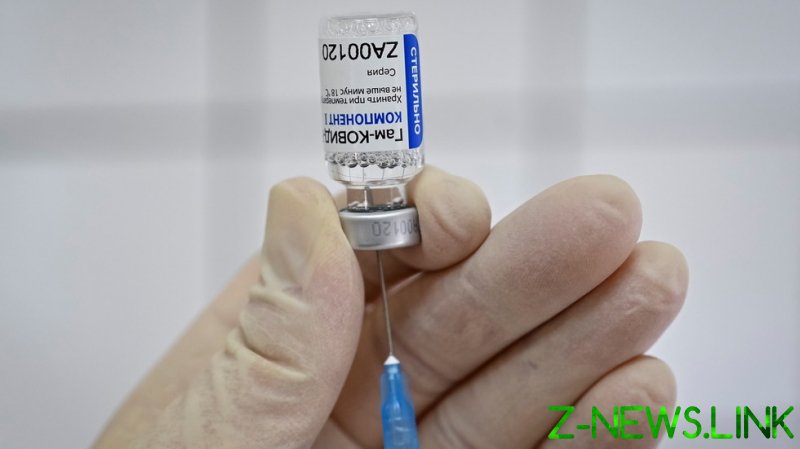 However, in recent weeks, Moscow-based representatives of the very same outlets have lined up to receive the much-maligned Sputnik V. Living in Russia, it is no surprise that the correspondents have a much more realistic view of the country than their New York and London-based superiors.

On Friday, the New York Times’ Andrew Kramer revealed he had received his first dose of Sputnik V, praising the “bona fide accomplishment for Russian scientists continuing a long and storied practice of vaccine development,” even noting that Moscow has avoided some of the logistical problems seen in the West.

However, Kramer appears to have forgotten how his own newspaper was quick to bash the Russian formula, running a headline calling its faster-than-normal development “beyond stupid.” Of course, the breakneck speed applies to all available Covid-19 vaccines, which usually take years to be approved.

“Western experts focused mostly on the questionable early approval, not the vaccine’s design, which is similar to the one produced by Oxford University and AstraZeneca,” he noted.
The publication’s Moscow bureau chief, Anton Troianovski, also admitted to receiving the vaccine.

Last week also saw a positive piece about the jab on Bloomberg, written by pharmaceuticals analyst Sam Fazeli, who noted that “the Sputnik V vaccine may well be as strong a candidate as the ones created in Western labs,” with an efficacy of over 90 percent.

The Moscow-developed vaccine was also administered to the Independent’s Oliver Carroll and the Telegraph’s Nataliya Vasilyeva. Since taking his first dose, Carroll has been relatively complimentary about the entire process, later revealing he has antibodies. On the negative side, he noted he had ‘hangover-like’ side effects, which quickly subsided. This week, he received his booster shot.

The Western media U-turn on Sputnik V isn’t just an anglosphere phenomenon. German state-funded broadcaster Deutsche Welle also changed its tune, with journalist Sergey Satanovski praising the logistics of receiving the vaccine. In particular, he noted the doctor had handed him a 16-page information leaflet about the jab.

However, the most curious article from a Western publication was on Latvia-based news platform Meduza. Svetlana Reiter, a Moscow-based journalist, wrote two articles about her experience of taking part in the vaccine’s process. She wrote about the side-effects of both the first shot and subsequent booster, describing in intimate detail how she suffered from headaches and muscle pain. The articles, written in Russian, were translated for the website’s English version, and shared around the internet detailing the dangers of Sputnik V.

Two months later, Reiter wrote a follow up: she’d had symptoms, but they weren’t caused by the vaccine. As part of the trial, she had been given a placebo instead. Meduza opted not to translate the admission, even leaving the deceptive articles in English uncorrected.

In Russia, the Western media’s about-face on the vaccine has not gone unnoticed. On Tuesday, well-respected Moscow daily Kommersant published an article on the change in attitude, declaring, “Sputnik went into orbit.”

“In recent weeks, neutral or even positive pieces about the Russian Sputnik V vaccine have appeared on a number of Western media outlets,” the article said. “Before that, the tone of coverage of Russia’s achievements in the fight against coronavirus was predominantly critical.”

For Russians, the reasons for the foreign bashing of Sputnik V are clear: money and xenophobia. However, for Western correspondents and civilians alike, when your health’s on the line, it doesn’t’ matter where a vaccine is from – if it works, it works.