Home / WORLD / After an embarrassing military defeat in Afghanistan the US is opting for plan B to get its hands on the nation’s resources: money

After an embarrassing military defeat in Afghanistan the US is opting for plan B to get its hands on the nation’s resources: money 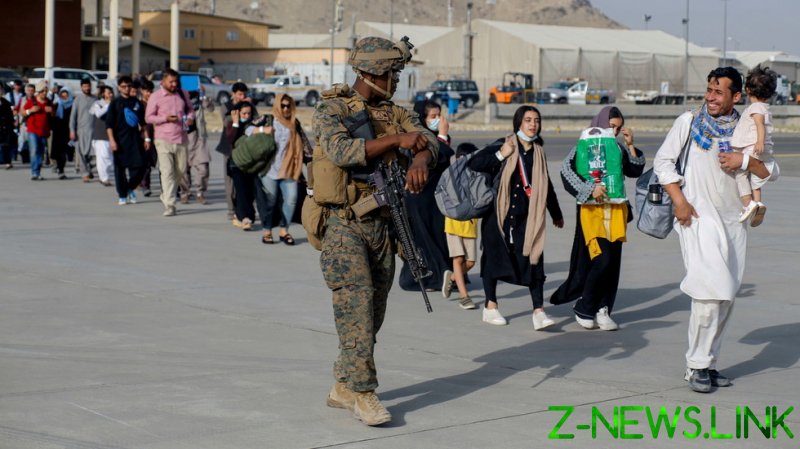 US President Joe Biden’s approval rating has dropped to its lowest point since his inauguration and to some it may look like he has sacrificed his popularity in order to take a principled anti-war stance. In reality the Biden administration was faced with an ultimatum, an embarrassing military defeat or retreat and compromise.

Back in September of 2019, talks of the Trump administration bringing the Taliban to Camp David first fell through and at this time the Taliban was already at its strongest since its overthrow in 2001. The Afghan Taliban had control, at that time, of roughly half the country or at least the territory was disputed.

It was clear from before former US President Donald Trump signed his Afghanistan withdrawal deal with the Taliban, in February of 2020, that the future of the NATO mission in the country was coming to a close. On top of the Taliban having acquired more power, men and territory, the group had clearly progressed from their former selves back in the ‘90s and had demonstrated themselves as a group capable of negotiating with.

Despite the fact that the US government had spent in excess of $130 billion on its nation-building mission in Afghanistan, training and arming over 300,000 Afghan forces, Kabul fell in a single day without even so much as a fight. This in of itself is a standalone testimony to the magnitude of America’s failure. After having spent 2.2 trillion dollars and 20 years, their puppet government folded and ran away in embarrassing fashion.

Just as the Soviet Union had learnt the hard way, Afghanistan is not called the ‘graveyard of empires’ for nothing, their puppet regime led by President Mohammad Najibullah also quickly collapsed after they announced withdrawal in 1988. Later to be replaced by the finished product of the Mujahideen which the CIA and MI6 had been backing to fight the Soviets.

There is no way that the US had not seen the fall of Afghanistan’s much more powerful forces coming, or at least they must have realised that a long and costly civil war was afoot. Perhaps it wasn’t anticipated that the Taliban was going to seize control of Kabul so quickly, but their swift takeover of around half of the nation’s provincial capitals, within months, should have added up. Afghanistan is a country easy to take over, but nearly impossible to hold for long after the initial takeover, this is in large part to do with 75% of the country being mountainous.

Although 80,000 Taliban were up against 300,000 Afghan forces armed with US weapons and backed by US air power, the reality was that even with the will to fight it would have been tough for them to hold the country indefinitely.

If the US chose to stay, their 2,500 troops would not have been nearly enough to hold back a Taliban offensive and even if tens of thousands of troops re-entered the country there were still no guarantees. Interestingly, China, Pakistan, Russia and others have all sought to build a friendly relationship with the new Taliban government, this is not out of any sort of love for the group, but rather strategic interests.

Afghanistan has been turned into one of the worlds largest narco-states under US rule and was completely destabilised. If the Taliban can do one positive thing in power, that is to provide a stable security situation and like they did in the past cut the crime rates dramatically. It is yet to be seen what the Taliban will actually do as a governing party, ruling its Islamic Emirate, but if they hold true to their recent assurances to the international community they could stabilise Afghanistan.

The country is in a vital area geographically and also has trillions of dollars worth of rare earth minerals, currently sitting untouched. The reason why the vast resource wealth of Afghanistan has not yet been exploited, is due to a lack of infrastructure and a hesitancy from international investors to put their money into projects in such an insecure area of the world.

With the US having left Afghanistan, even though they broke their original deal with the Taliban for a May exit deadline and changed it to September 11, they could well have in mind a different type of mission in the country. Instead of using their military, they can now use their ‘soft-power’ to leverage the Taliban leadership to allow themselves the ability to get their hands on some of the nation’s wealth. It’s no secret that the US’ enemies, like China, are also looking to capitalise on the potential of a stable Afghanistan, so why would we assume the United States wouldn’t do the same?

Already the US has waved around its ability to enforce its sanctions upon the Taliban and has frozen the assets of the former Afghan government. We are also talking about one of the poorest countries on earth, which has barely kept afloat with billions of US dollars propping it up yearly. These factors alone automatically give Washington a number of cards to play against the Taliban.

An example of what types of projects may be to come is the US-backed and long envisioned TAPI, or trans-Afghanistan pipeline, which the Taliban had given neighbouring Turkmenistan assurance that it would protect back in February. There are also other plans for railway construction and other key infrastructure projects, which could be acted upon given a stable security environment.

So, the US had no choice but to change its Afghanistan strategy and it did. The withdrawal is still an embarrassment and represents a historic defeat of the US in the region, but it should not come as much of a surprise if, as Joe Biden likes to say, ‘America is back’ soon in a different way to what it was previously.