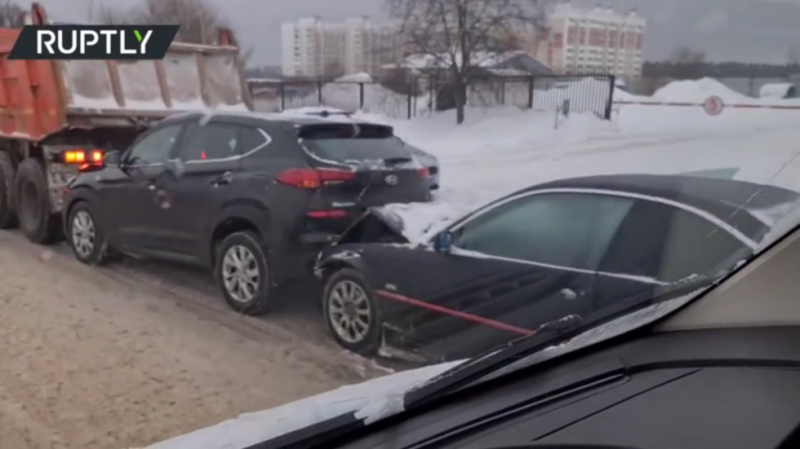 On Thursday, footage emerged from the Moscow region of what was reported to be the advanced weapons system having plowed into the back of a van belonging to the military traffic police, which in turn collided with the car in front. Several vehicles were caught in the resulting pile up.

The S-400 has been described by military commentators as “arguably the best strategic surface-to-air missile systems in operation today.” A number of countries have scrambled to secure shipments of the defensive weapon from Moscow, including Belarus, India, and Turkey.

However, the Russian-made launcher has been aggressively lobbied against by the US, and Washington has imposed sanctions on nations just for placing orders for it. Even Istanbul found that its status as a NATO member didn’t spare it from America’s fury when it announced a deal was on the cards.

Pentagon officials have previously warned that the launcher is so dangerous that it poses a threat to its warplanes even in the hands of a friendly nation. “You cannot operate an F-35 in the vicinity of an S-400,” General Tod Wolters of the US European Command said, insisting that the launcher would “attempt to exploit the F-35’s capabilities.”