Home / Movie / Actress from the most vile of the X-Files returns to the show!

Actress from the most vile of the X-Files returns to the show!

Longtime fans of the series “Secret materials” are obliged to remember the episode “Home” (Home)shown in the fourth season in 1996. It was the first series of the project, which was accompanied by a warning for the faint of heart, and the only one that received a rating of TV-MA (same as cinematic R).

In the small town of home, Pennsylvania, the children find a dead baby buried in the dirt. Body found terrible birth defects. Suspicion falls on a family of peacock that lives in the nearest house, without electricity and running water, curas all around. Arrived on the scene, agents Scully and Mulder suspect that backward, the monster born of incest brothers peacock holding some woman in his house.

It was a real horror in the spirit of such films as “the hills Have eyes” and “Texas chainsaw massacre”. However, it was sharp social satire: “the essence of America,” as he described the series finale writer Kate Booker. Despite all the disgusting scenes, “House” was not only positively received by critics, but also became very popular among fans of the series.

And now, after more than twenty years , Karin Konoval, the actress who played Mrs. peacock returned to reboot the x-files! Sorry, that is not its usual role, of course. It would be interesting to see how develop the story of this family.

As stated by the showrunner of the project, Chris Carter, the actress will delight the audience in a new way, and we are waiting for the “creative performance” or “performances” from Karin Konoval, whatever that meant. There is a suspicion that she will play multiple roles, whether it be a single, but multifaceted character.

At least we know that she will be in the series. Not that Brian Husky, whom we all said: don’t ask. 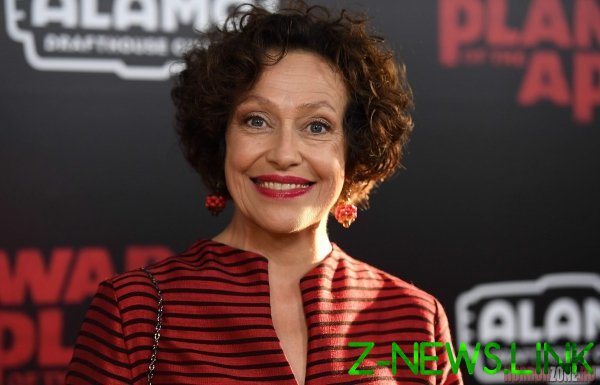