Home / WORLD / Absurd mission creep: The CIA’s new units pave the way for the most totalitarian period in its history

Absurd mission creep: The CIA’s new units pave the way for the most totalitarian period in its history 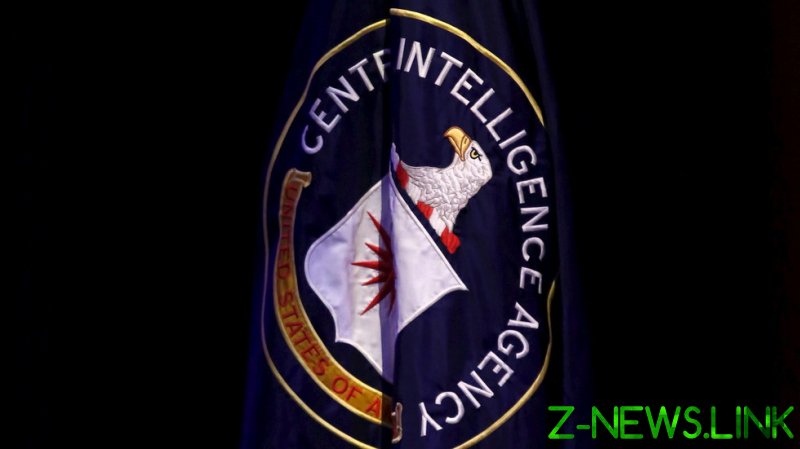 The CIA recently announced a reorganization that includes the creation of two new ‘mission centers’, one focusing exclusively on China while the other – called the Transnational and Technology Mission Center – will look at emerging technologies, climate change, and global health.

Both of these new units pose baffling questions. You might wonder why it has taken so long for the CIA to set up a dedicated China unit, given the long-term increases in the country’s economic, military and geopolitical power.

As the New York Times article announcing the reshuffle notes, under the previous set-up the agency had offices specifically devoted to Iran and North Korea, two far less influential nations. Under the reorganization, those two offices have been subsumed into wider regional centers, but this only emphasises the absurdity of the CIA’s apparent lack of prior focus on China.

Then again, this is the same agency that tried to spy on a Chinese missile testing site by placing a nuclear-powered monitoring station 25,000 feet up in the Himalayas (with the help of local sherpas), only for it to stop working after getting covered by a snowdrift. Its replacement immediately malfunctioned, so the agency gave up on hillside surveillance and began developing a nuclear-powered spy drone.

The story was so embarrassing to the CIA that when former agency officer Victor Marchetti included it in his book ‘The CIA and the Cult of Intelligence’, the agency’s publications review board insisted it be removed. It wasn’t until decades later that the CIA’s nuclear-powered misadventures on the Chinese mountainside were revealed, when documents on the censorship of Marchetti’s book were released as part of the JFK disclosures.

This sort of ludicrous mishap also casts a worrying light on the other new unit, which is looking into emerging technologies either for use by the CIA, or which might be used against its officers and assets. We can only assume the days of the $20 million project Acoustic Kitty – when the CIA planted bugs inside a domestic cat to try to spy on the Soviets, only for the feline to be hit by a car on its first mission – are firmly over.

Likewise, let us hope that the new Transnational and Technology Mission Center will not be rebooting MKUltra, the CIA’s brainwashing experiments that went badly wrong and resulted in many subjects losing their memories and having no idea who they were. It turns out that force-feeding people LSD, giving them electro-shock treatment, and then sexually abusing them does not help convert them to your preferred ideological worldview.

Who would have guessed?

Maybe we can look forward to the modern equivalent of the same lame-brained schemes, and the CIA will recruit some of the ducks that live near their headquarters, and through a combination of MDMA, nano-nuclear reactors, and making them watch Adam Sandler movies they’ll somehow establish a geopolitical foothold in the South China Sea.

It’s for the sake of America’s national security, folks.

But what of climate change and global health?  You could be forgiven for thinking the Bill Gates Foundation has executed a hostile takeover of America’s premier intelligence agency, but – alas – that is not the case.

Instead, what we’re looking at is the latest development in the expansion of the global security state – the co-opting of public health under the banner of national security.  With terrorism becoming surprisingly unfashionable, new threats are needed to justify the constant encroachment into everyone’s lives that is the intelligence agencies’ stock in trade.

Up step global pandemics and climate change – two considerably greater concerns than terrorism, to be sure, but neither is a national security issue, because neither has any respect for national borders. You can’t stop a novel flu virus at a Florida checkpoint and turn it away because its vaccine certificates aren’t up to date.

Similarly, I’m not sure what the CIA is going to be able to do about the recent tornadoes that have ripped through New Jersey, or the winter storms that left Texas with an energy crisis on Valentine’s Day earlier this year. Maybe that crack team of drugged-up ducks can provide emergency assistance.

Indeed, given the CIA’s history of causing outbreaks of disease through biological warfare, you might think this was simply an area they would avoid. Especially since these operations weren’t only on foreign soil – such as the African Swine Fever outbreak in Cuba – but also included experiments on the domestic US population.

However, if its intention is to muscle in on the business of predicting climate change and disease outbreaks, the CIA should probably take a look at its long list of spectacular intelligence failures. Predicting future events is always tricky, if not outright impossible, but when your batting average is as poor as that of the denizens of Langley, it may be time to hang up your gloves.

The more disturbing side to this is that these global problems will be branded as requiring global solutions, and the new mission center is the start of the CIA’s effort to put itself at the heart of determining those ‘solutions’.  Furthermore, by turning public health issues into a matter for the security state, the future for civil rights looks increasingly bleak.

This latest move follows a pattern that we’ve witnessed throughout the novel coronavirus pandemic. In February 2020, some of the mass surveillance provisions and other egregious aspects to the Patriot Act were coming up for renewal, and facing opposition by some members of Congress. The answer? Supporters of the provisions attached the renewals to the coronavirus spending bill to ensure they would pass.

In the UK, the CIA-supported spy tech firm Palantir was granted a lucrative contract for datastores relating to the Covid pandemic, which resulted in widespread public and independent media opposition, but also record profits for Palantir.

More recently, a narrative has emerged in US media that places their spy agencies in the middle of predicting and responding to future outbreaks. In April, an op-ed in the Epoch Times stated that “The CDC’s ‘Medical CIA’ Failed America on the Pandemic.”

The piece was heavily critical of the CDC’s Epidemic Intelligence Service, which is responsible for ensuring that foreign epidemics don’t make their way into the US. The parallels with the CIA are apt, not just because the EIS calls its employees ‘officers’ but also because it’s evidently prone to massive-scale intelligence failures.

Gottlieb went on: “Historically, the national security agencies wanted to avoid public health issues. And the public health community didn’t want the clandestine services anywhere near its mission out of concern that everyone with a white coat would be perceived to be a spy.  Covid-19 showed us that the intelligence agencies need to be involved in gathering information about emerging infections around the world.”

As such, the CIA’s reorganization is the latest step in a process that has been growing throughout the pandemic, whereby the boundary between public health bodies and intelligence agencies is dissolving, and infectious diseases are classified as national security threats.

Given the public’s apparent willingness to accept limitations on their liberties in the name of overcoming viral diseases, making people’s health the business of the CIA opens the door to the most totalitarian period in the agency’s history.