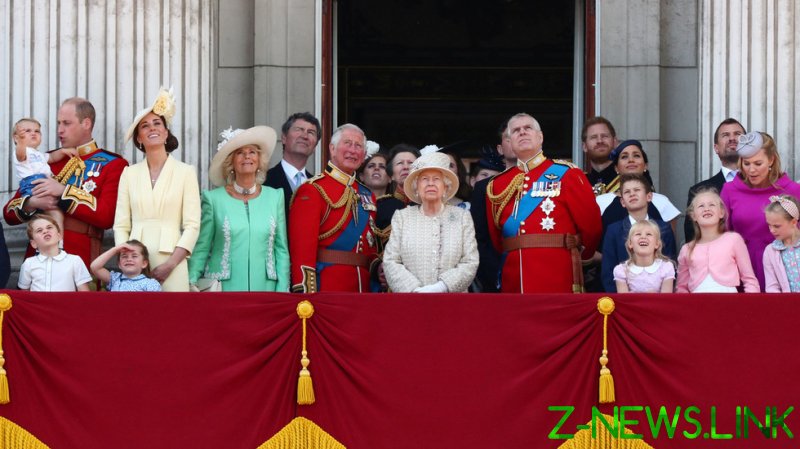 In an explosive interview with Oprah Winfrey that aired on CBS on Sunday night, the American wife of Prince Harry fired off a list of incendiary accusations against the Crown, including that she was denied mental health treatment when she suffered from suicidal thoughts. Markle, who is biracial, also claimed there were concerns within the royal family about how “dark” her son’s skin would be. She said that the boy, Archie, was denied a title and a security detail.

The interview spawned a number of popular hashtags on Twitter, including #MeghanAndHarry and #OprahMeghanHarry. But, as outrage over Meghan’s incendiary tales grew, #AbolishTheMonarchy started to trend in the UK, with social media users calling for an all-out end to the British royal family.

One commenter opined that the UK would never be a “modern, progressive” country until it got rid of the monarchy. Many others expressed similar sentiments, accusing the royal family of “racism” and that the monarchy was an embarrassment for the nation.

Even political groups weighed in. Momentum, a Labour-affiliated campaign group, tweeted out its support for dethroning the queen and her family.

While many people expressed solidarity with Markle, numerous comments hailed Oprah for “bringing down the monarchy” with the explosive interview.

Observers also noted that, if Markle’s comments were capable of causing so much damage, perhaps the royal family was too fragile to be preserved.

Others felt that the scandal would be buried by the British press and soon forgotten. British TV personality Piers Morgan accused Harry of trying to make the world turn on his own family, and urged people to withhold judgment until both sides have had their say.

Americans saw the scandal a bit differently. Conservative pundit Buck Sexton joked that the War of Independence was fought so that Americans would not have to be subjected to drama about the British royal family.

Prince Harry and his wife officially broke away from the royal family in 2020 and moved to California, where they have since become vocal about politics – traditionally a faux pas for members of the British monarchy.

The royal family has not formally responded to the interview, but the Sunday Times newspaper, citing an anonymous source, reported that the queen refused to watch it.