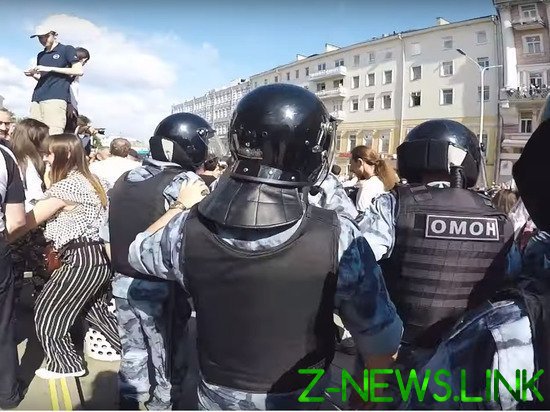 Now he may be involved in the case

Muscovite called police and told them that her son goes to the opposition rallies, spreading information about them on the Internet, and in General he opposes the government. For the son of men in uniform has not come yet, but such a scenario cannot be ruled out.

In Moscow the 43-year-old mother called and complained to the police on his 20-year-old son due to the fact that he was going on an unauthorized rally, reports the Telegram-channel Baza.

The woman recently reviewed the social media accounts of his son and learned that he intends to visit an unauthorized rally. The mother was outraged and forbade his son to ever go. The guy is mad and locked my mom in the room.

Then the woman called to the police station “Kosino-Ukhtomsky” and told about all about the activism of the son – including his social media posts and visit mass actions. Police said the mother, “thank you” and handed over the data in Moi.