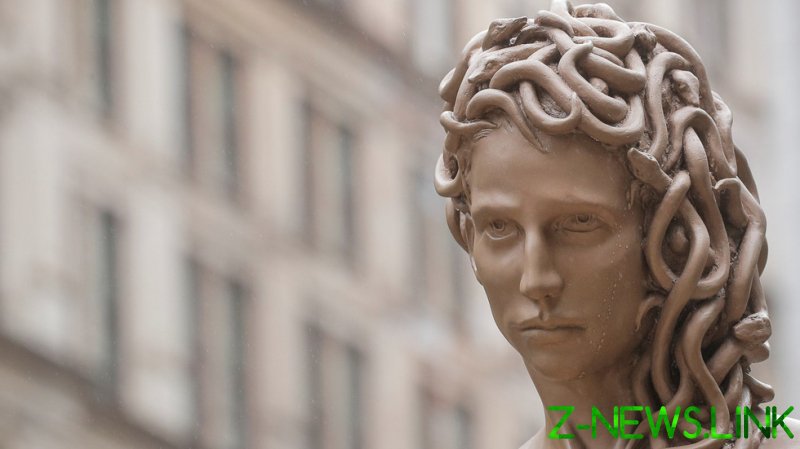 A seven-foot statue of Medusa holding a man’s severed head was unveiled in New York this week. For six months, this sculpture, made by the Argentinian-Italian artist Luciano Garbati, will be situated facing the Manhattan Supreme Court, where Harvey Weinstein was prosecuted and convicted of sex crimes against actresses and female film-production staff.

The statue is being used in this position as a symbol of justice enacted against male rapists. However, it more accurately – and unintentionally – symbolises the difference between the public triumphalism of the #MeToo movement and its negative repercussions for women in the United States.

The most famous painting of Medusa – a female character from Greek mythology who had a hair of snakes and could turn men to stone if they met her gaze directly – was painted by Caravaggio in 1596. He was inspired by Vasari’s account of a lost painting by Leonardo da Vinci. It has been a common subject for artists since. Garbati’s statue was made in 2008 and adopted by the #MeToo movement subsequently. 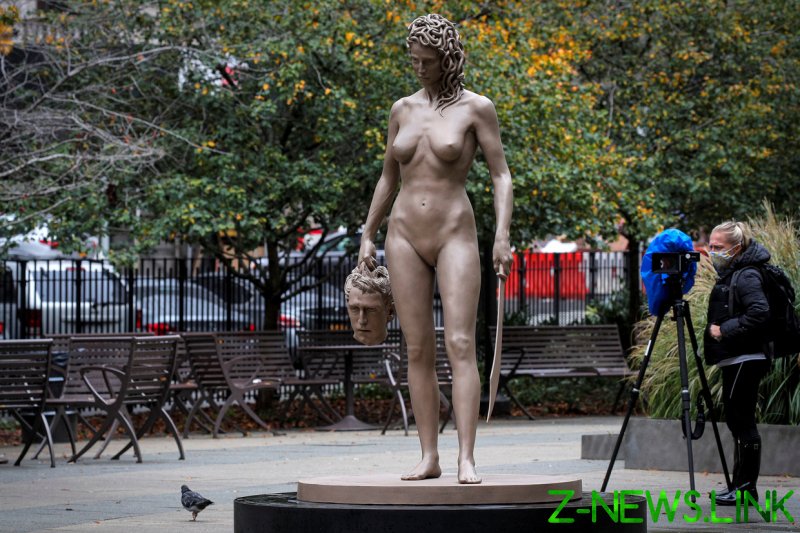 From moral outrage to financial advantage

The #MeToo movement hit prominence in 2017 and was initially primarily concerned with incidents, and allegations, of sexual abuse in Hollywood. It quickly grew to include cases of sexual impropriety in many fields, mainly in the US. However, as it expanded, it encompassed rape, sexual abuse, inappropriate sexual contact, unwanted advances, and transactional sex.

By refusing to draw distinctions between actual crimes, ethical/professional infractions, and consensual (but regretted) sex, the movement became diffusely broad. Allegations of sexual abuse led to the accused losing contracts, jobs, and marriages; in some cases, it contributed to suicide. In the ensuing storm of moral panic, actual rape was conflated with Ben Affleck’s groping of an actress in a video interview, a woman complaining about a date with Aziz Ansari and Louis CK exposing himself to colleagues (with their consent).

By failing to distinguish between levels of seriousness, the movement lost what moral credibility it had and became a means of gaining revenge and exacting extortion. If crimes have been committed, then they should be reported to the police, not aired in a public forum. The accused need anonymity just as the victims do, until justice can be served.

Sexual accusations have long been weaponized in American pop culture. It has already been proven that a whisper network of female comic-book professionals has targeted male colleagues with – alongside actual crimes – unfounded accusations, in order to provide more opportunities for female creators. This is not a male/female problem; using deceit and exaggeration to advance oneself is as old as language itself.

In American television and film production, #MeToo gained control of productions via Time’s Up, enforcing quotas of women and extracting payments. It became a grab to secure lucrative work for women, relying on goodwill from the public and the fear of executives. The Time’s Up movement is co-led by Katie McGrath, who runs production company Bad Robot Productions with her husband J.J. Abrams. Bad Robot has a history of presenting itself as a pro-social-justice company. This summer, at a time when rioters were burning shops and destroying historic monuments, Bad Robot made an infamous announcement that there had been “Enough polite conversation. Enough white comfort.”

By presenting a company as an ethical, socially conscious body, that company is an ideal position to benefit from major firms being pressured into making decisions not based on competence but politics. Individuals and companies have seen how they can manipulate public sympathy about sexual abuse to their own advantage. But firms are now realizing this danger.

No event has done more to impair women’s opportunities in the workplace than the #MeToo/Time’s Up movement. Production companies – even those led by women – now see female colleagues as a source of potential extortion and compensation claims. As a result, they now avoid hiring women in order to avert the possibility of costly legal claims and reputation-impairing social-media campaigns. Following decades-long attempts to persuade male-dominated industries that hiring women brought advantages and an expansion of the talent pool, the moral panic of #MeToo has served only to reveal the disadvantages of employing women.

When male executives see women today, they fear them, just as heroes in Greek mythology feared the gaze of Medusa. Ironically, rather than celebrating female power, Garbati’s statue is instead a fitting symbol of the way a campaign that began well has, once again, made men mistrust women.