Home / WORLD / A leak from a Wuhan lab or a US military one? As the US and China trade barbs over Covid’s origin, the world waits for answers

A leak from a Wuhan lab or a US military one? As the US and China trade barbs over Covid’s origin, the world waits for answers 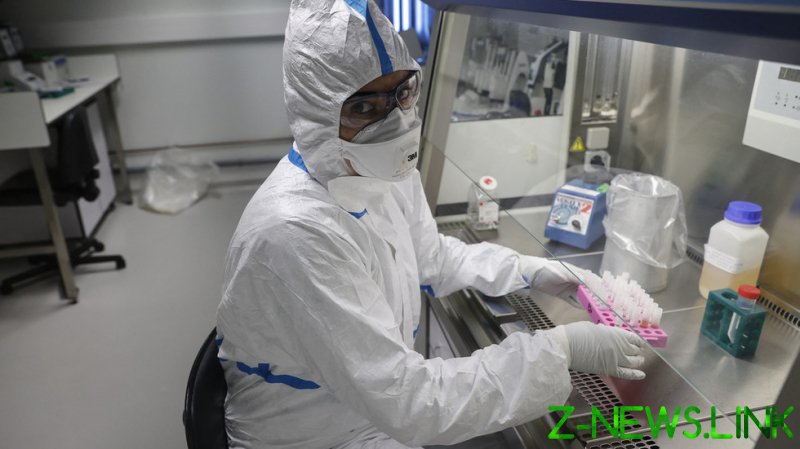 How did Covid-19 originate? Where did it come from? We’ll probably never know, the World Health Organization (WHO) has said, in a much-anticipated report following a field trip to Wuhan, China, where the virus first presented itself to the world just over a year ago.

The study, carried out by WHO and Chinese experts, concluded that the claim it may have leaked from a laboratory was highly unlikely and said the virus had probably jumped from bats to humans via another intermediary animal.

Predictably, not all were satisfied with these results. The United States, as part of its new “coalition building” efforts against China, gathered together a group of 12 other countries and issued a joint statement criticizing the report for a lack of transparency, accusing Beijing of depriving the WHO researchers of access to important data and demanding a “full-independent inquiry” into the virus’s origins.

Under pressure, Tedros Adhanom Ghebreyesus, the head of WHO, said that although a lab leak was the least likely cause, more research was needed.

While the Biden administration has dropped former president Trump’s racially charged rhetoric of “the China virus,” the fundamental mode of its approach on Covid-19 continues to be politicized for geopolitical gain. It merely represents a nicer, “mask on” version of Trump and, as with most of Washington’s foreign policy, a rebranding of it as opposed to a clear break.

With politics taking precedence above sanctions, and the obvious conclusion that an “independent” inquiry never will happen, nor would Beijing agree to it, one must conclude that these calls are meaningless posturing and that the US and its allies will never be satisfied with any other outcome other than one which places China in the dock and declares her guilty of pandemic crimes against humanity

The anti-China narrative surrounding the pandemic believes that Beijing ultimately has something grave to hide about its origins, and covered it up. Therefore, it ought to be subject to a “blame game” and held geopolitically accountable for it; all of which conveniently advances US foreign policy goals.

It is, of course, a simplistic take, one which deliberately obscures the fact that China was confronted with an unknown virus, spreading asymptomatically and discreetly. Yet the pushers of the “China guilty” conspiracy assume that the country had complete knowledge of it in advance and understood its severity.

This has led to a proliferation of unproven theories about the origin of the virus in order to sustain the idea that Beijing ought to be “responsible” for the global disaster. The Trump administration pushed this idea to the max, claiming without evidence that the virus was the product of a leak from a Wuhan laboratory.

Even with him no longer in the White House, this idea has stubbornly persisted in the mainstream media. And, while the Biden administration is not being so direct, the repeated and pre-emptive dismissals of the WHO’s report are designed to tactfully play to the public imagination, casting doubt and uncertainty. This is bad-faith politics.

In light of such, it has been widely ignored by just about everyone that the WHO observed that its report was botched not so much by political pressures within China, but from outside it too.

The WHO has repeatedly been attacked for being favourable towards Beijing, which creates a climate of distrust and dismissal towards any scientific findings which do not reflect a mood of guilt, cover up and deceit. It has been made a venting point for public anger.

Thus, even for Biden, the theory that Covid-19 most likely has a zoonotic origin falls on deaf ears, because it fails to satisfy the need for smearing China’s reputation and advancing US foreign policy. The strategy is to cast doubt for the sake of doubt as opposed to looking at the facts to reach scientific conclusions, especially if they exonerate Beijing.

So, what now? Nothing, most likely. After a year of being subject to non-stop hatred and scapegoating, why would Beijing trust a US-led initiative to investigate it further? China called for a probe into the origins of Covid-19 to shift its focus to other countries – including to a US military laboratory, at Fort Detrick, Maryland, that it has repeatedly blamed for earlier outbreaks.

This is not so much about “having something to hide” as it is a proportional response to the times we live in. There will be no “independent inquiry” and those calling for it know that, which is why the emphasis is on rhetoric alone, to blame, to discredit and to insinuate.

The world subsequently stands in confusion and frustration as the search for scientific answers over this excoriating pandemic are muddied by a continual political football between China and the West, a vicious fight over the notion that someone must be “accountable” for a pandemic which, in reality, the world ought to be working together to solve.