Home / photo report / A hundred years ago these women were considered the standard of beauty. Photo

A hundred years ago these women were considered the standard of beauty. Photo 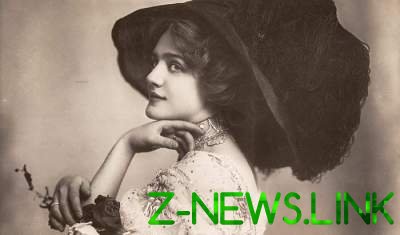 The men they idolized.

Each decade had its own ideal of feminine beauty. 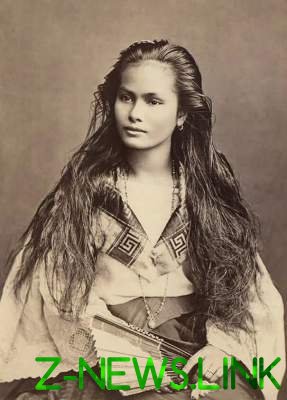 The woman from the Philippine island of Luzon shows the style and fashion of their days. At that time, in the early 20th century, American fashion has already started to exert its influence, but traditional Tagalog style is still very more obvious. 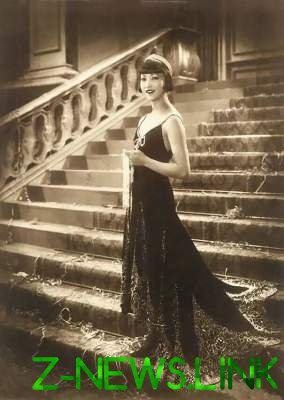 Anna may Wong (3 Jan 1905 — 2 Feb 1961) first achieved fame Hollywood actress of Chinese descent. Could make a delightful career as an actress, despite the very common racist attitudes of the time. Wong often had to compete with white women for the role. In 1936, Wong traveled to China, visiting Beijing and Shanghai. However, because of the protests of citizens, who believed that her work in Hollywood is a disgrace to the country, the actress was not allowed to visit his native village of her ancestors. 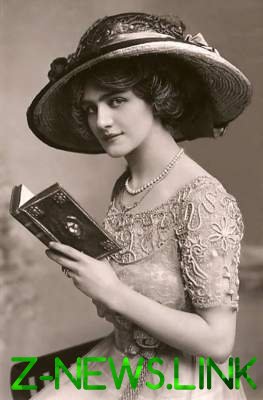 Lily Elsie (8 April 1886 — 16 December 1962) was an English actress and singer of the Edwardian era. She was famous for her Greek profile, blue eyes and graceful movements. The role of the eponymous merry widow operetta by Franz lehár (1907) made her a real star. 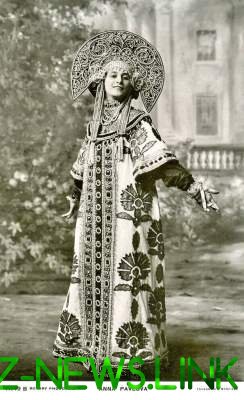 Anna Pavlovna Pavlova (31 January 1881 — 23 January 1931) is a Russian ballet dancer, prima ballerina of the Mariinsky theatre in the years 1906-1913, one of the greatest ballerinas of the XX century. After the outbreak of the First world war settled in the UK, toured with his troupe around the world, performing in more than 40 countries. Choreographic miniature monologue “the Dying Swan” performed by the ballerina has become the benchmark of Russian ballet school. 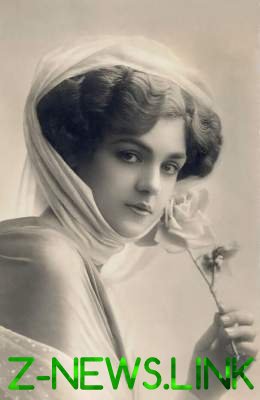 Rita Martin was a model and ideal of beauty in the late 19th century. Adored her photographers… And then she became interested in photography and was on the other side of the lens! 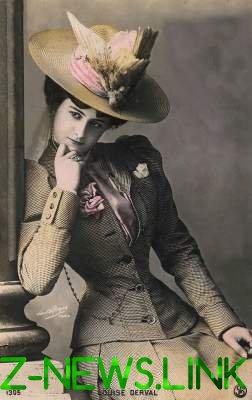 Marie-Louise Derval was a French actress and famous for a very unconventional beauty. She is known for her role in the film “Jester Chico”. 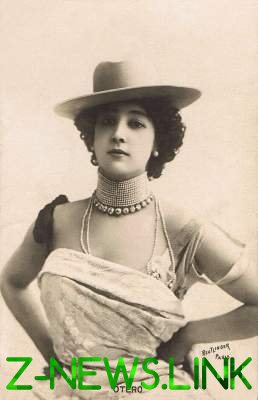 Carolina Otero (4 November 1868 — April 10, 1965), or the Beautiful Otero is a French singer and dancer of Spanish descent, star, and symbol of a great era. Played in the Paris theatre Folies bergère, concert hall Olympia. Toured in Austria-Hungary, USA, Argentina, Russia (1898), met with Rasputin. Among her fans was Wilhelm II, Nicholas II, Leopold II, Alphonse XIII, Edward VII, Aristide Briand, Gabriele D’annunzio and many others. She fought duels, her portraits wrote many artists, fashion photographers shot her for the postcards. Had great vitality and a painful passion for gambling. In 1910 he left the stage, moved to nice. She lived alone on welfare, which she paid the casinos of Monte-Carlo in memory of the millions of francs that Caroline Otero was lost here before. 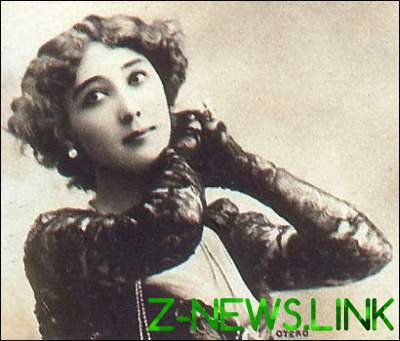 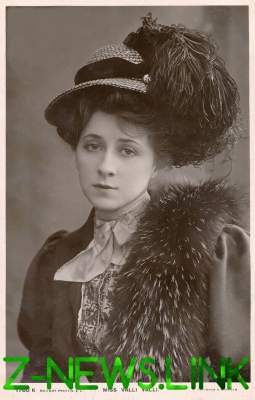 Miss Valli Valli, German-born actress of vaudeville and silent movies. She debuted as an actress when she was 12 years old. She played mostly in England and then in USA. 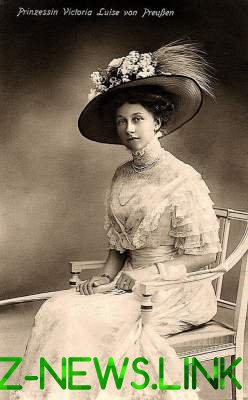 The Princess of Prussia was extremely smart and beautiful. It was named after the great grandmother of the Queen of England — Victoria. 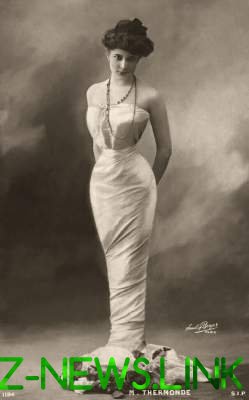 The actress of the Victorian era were decorated with scenes in France. This photo in 1905. 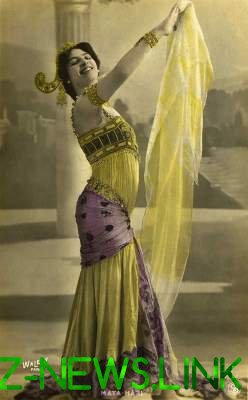 The exotic dancer and courtesan, which served as a spy in France during the First world war. It turned out that she was a double agent and worked for Germany. Subsequently, was executed in 1917. 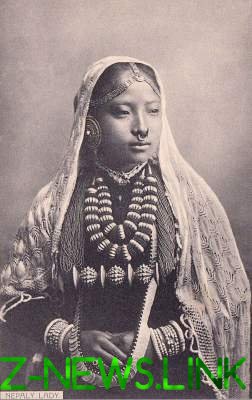 Traditional Nepali clothing of that time succumbed to the influence of neighboring countries: India, Pakistan, Bangladesh and Sri Lanka. The diversity of climate, religions and ethnic groups in one tiny country gave Nepalese fashion has its own special charm. 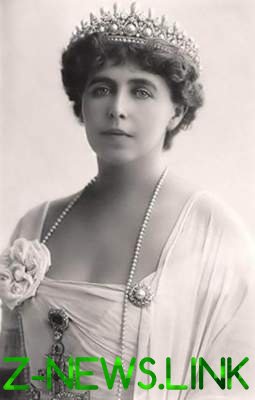 Queen Mary hated her husband. Rumor has it that some of her children were not from him. Nevertheless, she diligently served his country. Maria loved Romania and its people, and the people of Romania loved Maria. 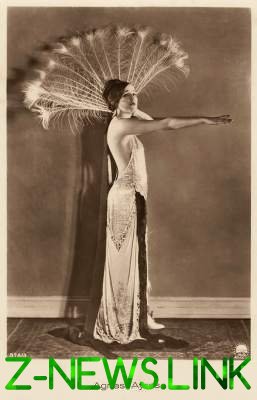 Agnes of Ayrs was one of the greatest Actresses in the silent era. 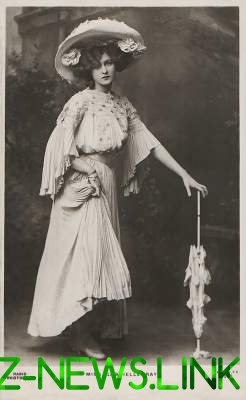 Gabrielle ray was an Edwardian actress in the era. Her image graced the cards of an entire historical period. Thus, it has become one of the world’s first “supermodels”. 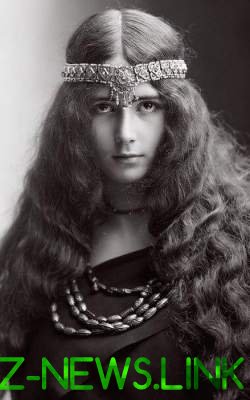 Cleopatra Diane de Merod (Cléopatra Diane de Mérode; September 27, 1875 — October 11, 1966) is a French dancer, star of the Belle époque. A descendant of a Belgian noble family, loved to dance and chose for his life this dubious path. Why dubious? The “progressive” European society sincerely believed that a decent girl to dance is not. Nature has given her unusual beauty. In 1896 the magazine L’illustration chose her “beauty Queen” among 131 girls! Her pictures were printed on postcards, posters, postcards. Among the many fans of Cleo de Merod was the Belgian king Leopold II, as discussed in the memoirs of a dancer (dedicated to the history of Parisians in the eyes poke the king Leopoldo). 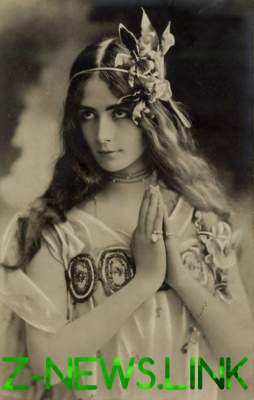