Home / WORLD / 9/11 has become a political tool to use against opponents – it’s a shameful outcome, and disrespectful to victims 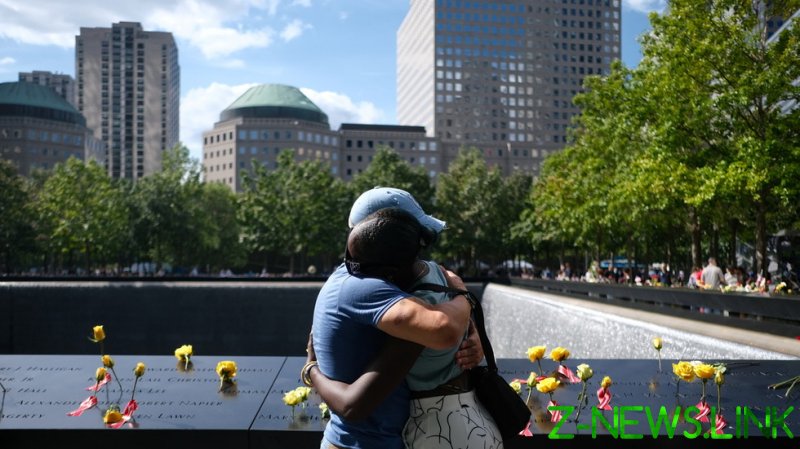 Last week marked the 20th anniversary of the September 11 attacks and, as is customary, many social media users and news outlets used the day to commemorate the thousands of lives that were horrifically taken from us.

And, though talk of politics has always been somewhat unavoidable in relation to the tragedy – whether that be concerning Islamic extremism or American foreign policy – 9/11 has, all in all, been an occasion for Americans to come together, eschewing the usual division in favor of unity. After all, on that day, it was Americans as a whole that were targeted – not Republicans, not Democrats, but Americans.

20 years on, however, that unspoken detente on politicizing the tragedy may be over.

With a zeitgeist that allows anything and everything to become a political tool to further one’s own agenda, it sadly appears that 9/11 has become an opportunity to demonize opponents by retroactively connecting them to one of the darkest moments in American history. And although these sloppy comparisons may be useful to score cheap political points, ultimately they only serve to diminish the severity of the attacks and to obfuscate the motivations behind them.

In a landscape where 9/11 can mean whatever one might want it to, Jenn Jackson, an Assistant Professor at Syracuse University, took the opportunity to enlighten her Twitter followers about how the attackers were actually, believe it or not, rebelling against the sexist, racist, and capitalist American status quo.

Specifically, according to Jackson, 9/11 was an attack on America’s “heteropatriarchal capitalistic systems,” which are apparently favored by white people.

In reality, seeing as the attackers in question embraced Islamic fundamentalism, the idea that they would have any opposition to heteropatriarchy is, frankly, laughable. And furthermore, although it’s now fashionable for progressives to equate any world ills with capitalism, the American involvement in the Middle East which angered the terrorists has very little to do with private ownership of the means of production or free market economies.

And, perhaps most concerningly, if the 9/11 attackers were in fact motivated by America’s bigoted ways, which Jackson seems to agree are very real, does that mean they were – in at least some way – justified?

On a day when the world mourns the death of almost 3,000 people, regardless of Jackson’s resentment toward her own country, these posts which offered more condemnation of America than the 9/11 hijackers were tone deaf at best. And judging by the reaction on social media, it was not an effective way to enamor people toward her views.

Another recent reinterpretation of the 9/11 attacks, surprisingly enough, came from former President George W. Bush himself.

Despite being the poster boy for the neoconservative War On Terror abroad, on a day to commemorate a foreign attack on US soil, one that launched the country into a decades-long war, Bush strangely chose to turn his ire inward, toward his fellow citizens.

Speaking at a memorial in Pennsylvania, Bush lamented that there was “growing evidence that the dangers to our country can come not only across borders, but from violence that gathers within. There is little cultural overlap between violent extremists abroad and violent extremists at home. But in their disdain for pluralism, in their disregard for human life, in their determination to defile national symbols, they are children of the same foul spirit. And it is our continuing duty to confront them.”

Here, Bush was almost certainly referring to the ephemeral threat of right-wing extremists often highlighted by the liberal media. An outspoken critic of the January 6 Capitol Riot, this would not be the first time the former President has condemned those within his own party as “violent extremists.” However, to say that it is an insult to the victims of 9/11 to in any way compare their attackers to those involved in 1/6 would be putting it mildly.

Almost 3,000 innocent people were killed on 9/11. And though we may disagree with the trespassing and property damage that occurred on 1/6, the fact remains that the only person killed that day was an unarmed protester at the hands of Capitol Police.

Condemnations of January 6 have become a go-to political calculation for establishment members hoping to paint populist factions as dangerous zealots, but George Bush’s weaponization of 9/11 (which occurred under his watch) against fellow Americans is not only disrespectful, but also blatantly diminishes the seriousness of Twin Towers’ destruction.

As the political discourse is increasingly driven by narrative, rather than fact, we should expect to see 9/11, and indeed other historical events, curiously embody all the same issues that we see argued today over social media. Perhaps Joan of Arc was prosecuted because she believed in “a woman’s right to choose.” Maybe the pilgrims settled in America to protest the Old World’s lack of action on climate change.

Personally, I wait with bated breath to discover what new retroactive motivations for the attackers are revealed next year.