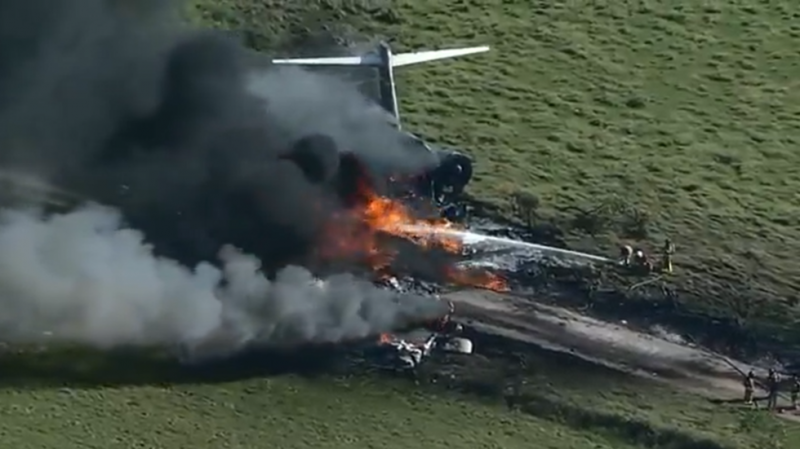 The crash occurred in Waller County, near the town of Katy, and close to the Houston Executive Airport, according to the Texas Department of Public Safety. Sheriff Troy Guidry confirmed to local media that all 21 passengers and crew had made it out safely, though one person had been hospitalized with back injuries.

Footage from the scene shows huge clouds of billowing black smoke as firefighters attempted to douse the burning wreckage.

The crash site was near the corner of Morton and Cardiff Roads. Despite the extensive fire damage to the aircraft, no casualties were reported, either on the ground or among the passengers.

The accident reportedly occurred as the plane, an MD-80, was was taking off around 10am local time, bound for Boston. Headed north, it apparently failed to attain altitude at the end of the runway and crossed the road instead, eventually stopping and catching fire.