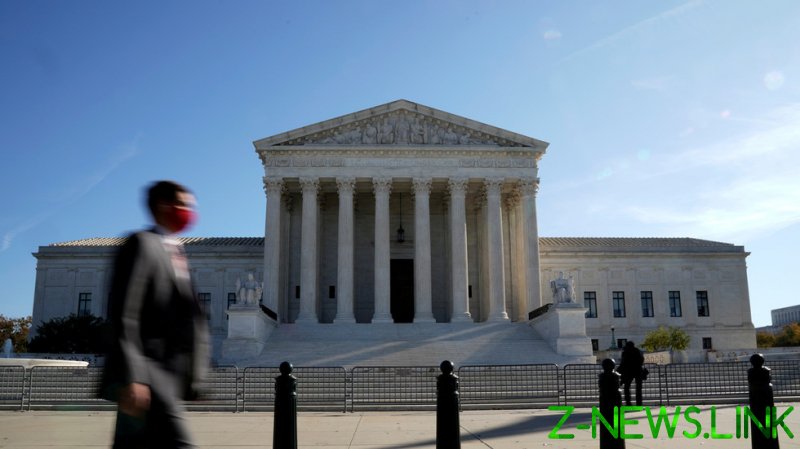 The amici “have a strong interest in ensuring that the votes of their own citizens are not diluted by the unconstitutional administration of elections in other States,” says the 30-page brief, adding that when other bodies in those states encroach on the authority of their legislatures – the only ones constitutionally entrusted with elections – “they threaten the liberty, not just of their own citizens, but of every citizen of the United States who casts a lawful ballot in that election.”

Wednesday’s filing comes after several attorneys-general offered verbal support for Texas AG Ken Paxton, who on Tuesday sued Georgia, Michigan, Pennsylvania and Wisconsin over their conduct of the November 3 election.

Paxton’s complaint does not allege voter fraud as such, but points out that there were “voting irregularities,” improper “amendments to States’ duly enacted election laws,” and even potential suppression of the Republican vote, “whether lawful or unlawful” in all four states.

“These flaws cumulatively preclude knowing who legitimately won the 2020 election and threaten to cloud all future elections,” the Texas lawsuit said. The Supreme Court has placed it on the docket but hasn’t made the decision to hear it yet. It is the sole proper venue for disputes between states.

The Texas lawsuit also references “expert analysis using a commonly accepted statistical test,” to conclude that the odds of Biden legitimately winning the popular vote in all four is “less than one in a quadrillion,” given President Donald Trump’s early lead.

Results on Election Day showed Trump ahead of Biden in all four, until overnight count of mail-in ballots flipped the result to the Democrat. While Michigan, Pennsylvania and Wisconsin are run by Democrats, Georgia has a Republican governor. However, his administration agreed to a legal settlement changing election rules earlier this year, under pressure from the Democrats.