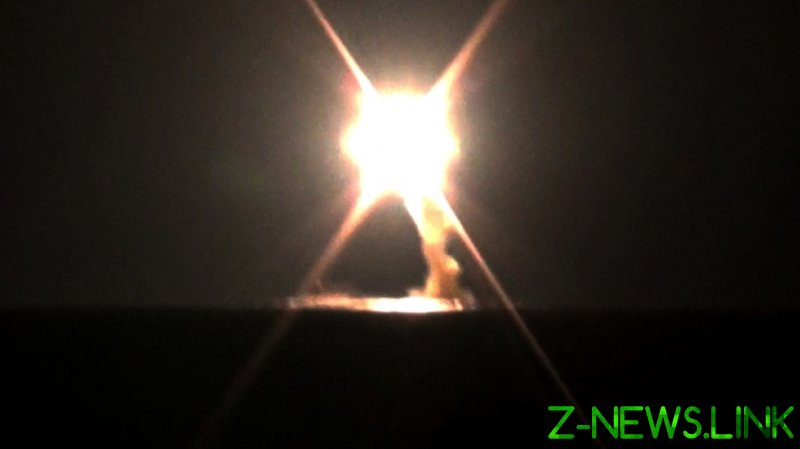 The missile was launched in the White Sea from a depth of 40 meters and was aimed at a surface target in the Barents Sea, the Russian Defense Ministry said last week. Telemetry data confirmed that the missile hit the target with the required precision, making the test a success.

The official testing of the Zircon missile is due to be completed this year.

This Russian hypersonic cruise missile is capable of achieving speeds of about Mach-9 during the midcourse phase, moving at an altitude of 30 to 40 kilometers, where air resistance is relatively low. Judging by the available data, Zircon boasts a range of 400 to 1,000 kilometers (according to different sources), with a length of eight to 10 meters and a warhead weight of 300 to 400 kilograms.

Zircon hypersonic missiles are to be delivered under a contract signed by the Russian Ministry of Defense with the NPO Mashinostroyeniya design bureau during the ARMY 2021 International Military and Technical Forum.

The Russian Aerospace Forces already employ the Kh-47M2 Kinzhal air-launched hypersonic missiles, carried by MiG-31K fighters (one per aircraft). Long-range Tu-22M3M bombers (carrying up to four missiles) are under consideration for the future.

Zircon hypersonic missiles are recognized as a prospective weapon against aircraft-carrier strike groups, and it is hardly surprising. Modern aircraft carriers are the main strike force of the navy at sea, and their deployment often decides the outcome of the armed confrontation as a whole.

In all local conflicts of recent decades, aircraft carriers have proved to be extremely effective. Yet, they are very expensive to build and operate. A single nuclear-powered attack aircraft carrier would cost about $13-14 billion. Only nine countries in the world have them in their fleets right now.

One of the Russian Navy’s top priorities after the Second World War has been fighting carrier strike groups of a potential enemy, which threaten critical coastal civil and military infrastructure. Traditionally, surface combat ships, submarines and naval missile-carrying aircraft are charged with this task.

However, some Russian experts believe that the operating range of available missiles does not allow surface ships, submarines and aircraft to get within the striking distance of anti-ship cruise missiles. Even if the attacker is lucky enough to get into launch range, support ships of a potential enemy will easily intercept all X-22/32 and P-700 missiles.

Ships and submarines equipped with Zircon missiles will help solve that problem. According to the available reports, the missile’s longest possible operational range is 540 nautical miles, which equals 620 miles, or 1,000 kilometers. This is a serious threat to a hypothetical enemy: such operational range is hard to beat using the capacities of aircraft carriers and multipurpose strike groups. So, once these missiles are accepted into service and produced in quantity, it will be an entirely different game.

Zircon’s exceptionally high cruising speed in combination with significantly reduced radar cross section also makes this missile a great asset to the Russian Navy. For instance, among the best missiles in the US today is the Raytheon-produced SM-6. It is offered in three variants: SM-6 Block I, SM-6 Block IA and SM-6 Dual I, usually carried by the Arleigh Burke-class destroyers and Ticonderoga-class guided-missile cruisers. The SM-6 missiles have been developed to intercept a variety of manned and unmanned aerial vehicles, supersonic low-altitude missiles, as well as ballistic missiles in the final stages of flight. None of these, however, are claimed to be able to strike hypersonic maneuvering targets, such as the Zircon.

On top of that, since Zircon can travel at a speed of Mach 8-Mach 9, the hypothetical enemy’s capabilities can’t possibly meet the requirement for a suitable reaction time to intercept it. In other words, you can detect a missile, but you won’t have time to do anything about it.

All of the above means that hypersonic cruise missiles, comparable to the tactical nuclear weapons in terms of efficiency, are the Russian Navy’s valuable asset that can seriously influence the global maritime balance of power. So far, no player has systems efficient enough to deter this threat.