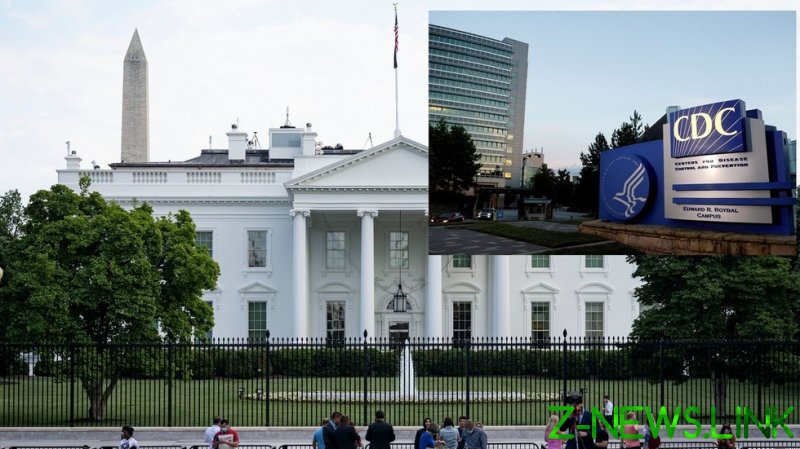 “Vaccinated people do not transmit the virus at the same rate as unvaccinated people and if you fail to include that context you’re doing it wrong,” Ben Wakana, deputy director of strategic communications for the White House Covid-19 response team, tweeted at the New York Times on Friday – in all caps – unhappy about the paper’s coverage of the new findings from the Centers for Disease Control and Prevention (CDC).

Wakana also had words for the Washington Post, which first published the CDC documents, calling their coverage “completely irresponsible” and countering it with CDC statements from three days prior.

The Twitter meltdown caught the attention of journalist Glenn Greenwald, who called it “super interesting” and suggested that “elite institutions” could find time “in between calling ordinary citizens stupid and selfish” to reflect on the “huge messaging failures, inconsistencies and lies that account for much distrust in official [Covid] messaging.”

Wakana’s attempts to whip the corporate media into line follows Friday’s announcement by the CDC that claims 74% of people who recently got infected by the Delta variant of the coronavirus in a Cape Cod, Massachusetts resort were fully vaccinated. The Cape Cod study was “pivotal” in informing the decision to recommend indoor masking, said CDC Director Rochelle Walensky.

While the White House embraced the masking guidelines earlier this week, it has continued to insist on vaccinations as the way forward and argue that the rise in cases was predominantly a problem “among the unvaccinated.”

Deputy Press Secretary Karine Jean-Pierre told reporters on Friday that a national vaccine mandate is “not under consideration at this time,” and that the US is “not going to head towards a lockdown.”

Jean-Pierre specifically cited CDC’s Walensky as an expert the White House defers to on virus matters. “We listen to the scientists, and they tell us that it’s the Delta variant,” she told reporters. “That’s what they’re telling us… These are scientists, they’re the experts.”

Speaking with Fox News on Friday afternoon, Walensky said a federal vaccine mandate might be in the cards. “That’s something that I think the administration is looking into,” she said, only to backtrack later and “clarify” that there will be no such mandate.

The Biden administration was amid introducing mandatory vaccinations for federal agencies when the CDC reversed its guidance on masking, throwing the efforts to promote vaccination into disarray.

Since then, the Los Angeles, California public school district – the second largest in the country – has announced it would mandate tests on a weekly basis for all students and staff, regardless of vaccination status, on top of the county mask mandate imposed two weeks ago.