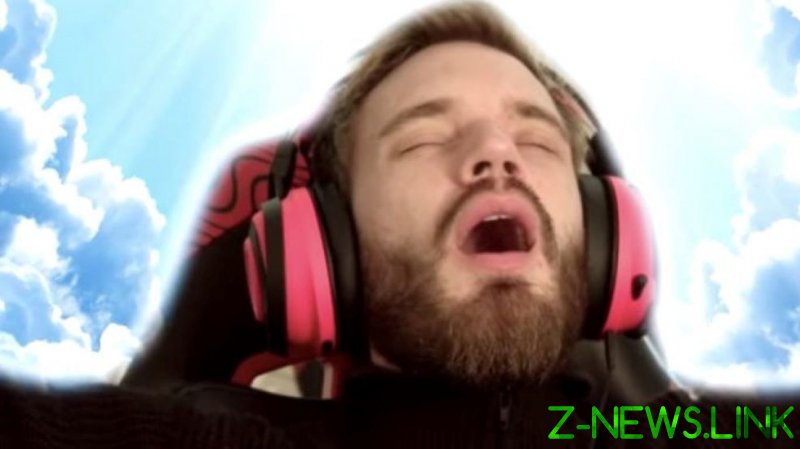 Pressed for answers as to why PewDiePie subscribers weren’t receiving notifications of his new videos and weren’t able to find his channel or content in searches, the video-sharing platform tweeted on Thursday that “YouTube doesn’t shadowban channels. It’s possible the video was flagged by our systems as potentially violative and needs to be reviewed first before it shows up in search, etc.”

But PewDiePie fans pointed out that his channel and hundreds of his most recent videos – comprising at least one year’s worth of content – weren’t showing up in YouTube searches on Wednesday and Thursday.

“Nah, you shadowban people,” one Twitter commenter said. “We all know it. Or maybe not, but if not, then why can’t we find your second-biggest YouTuber on your app?” Another critic mocked YouTube’s statement, saying, “A lot of people ‘didn’t do’ a lot of things in history, YouTube. You know you’re guilty.”

The issue appeared to be resolved by Friday afternoon US time, as PewDiePie’s videos were again showing up in searches.

PewDiePie, whose real name is Felix Arvid Ulf Kjellberg, is a 30-year-old Swedish comedian and video gamer who has built a following of 107 million subscribers on YouTube. The only bigger channel on the video-sharing platform is T-Series, an Indian music and movie service with 158 million subscribers.

Twitter, YouTube and other social-media platforms have been accused of shadowbanning – throttling back the visibility of certain content without notifying users of any actions being taken or of any alleged violations of guidelines.

Conservative author Mike Cernovich took the accusations against YouTube a step further, saying PewDiePie was shadowbanned because he had been discussing Christianity. Another Twitter commenter suggested that a comment on China may have triggered YouTube defense measures.

Kjellberg himself has yet to comment publicly on the incident.