‘You have no respect’: Female tennis aces in huge row after player halts match for injury when she’d lost 7 straight games (VIDEO) 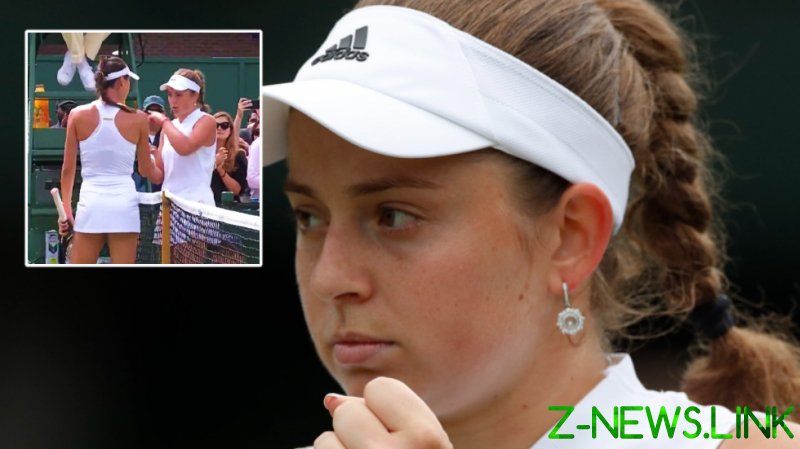 Aussie star Tomljanovic overcame her Latvian rival 4-6 6-4 6-2 but was furious in the third and final set when Ostapenko asked for the physio at 0-30 after losing seven games in a row.

Speaking to the umpire, Tomljanovic fumed: “Do you know that she is lying? We all know. Do you think that everything was fine with her for an hour and a half, but now suddenly there was an acute injury?”

Despite the pair seeing out the match, there was more bad blood when they met at the net.

“If you think I’m faking, you can talk to a physiotherapist,” sniped the 24-year-old Latvian.

“I hope you’re feeling better,” responded Tomljanovic sarcastically, before former French Open champion Ostapenko fired back: “Your behavior is terrible. You have no respect.”

The win for Croatian-born Tomljanovic, 28, the world number 75, set up a meeting with British teenage prodigy Emma Raducanu in the round of 16.

Even with that to look forward to, Tomljanovic was not done sticking the knife into Ostapenko.

“As far as she goes, look, I have been in situations where players use that medical timeout to get their opponent off, usually when they are losing badly and when it’s, like, the match was getting closer to the end,” she said.

“She can say she was injured. I don’t think she was. There was nothing wrong with her the whole match, but then why on 4-0 she calls it?

“So I think that that’s a clear reason that she just wanted to get me off my game. Usually, if you are dealing with an injury – at least, this is how I go about it – you maybe say, ‘hey, can you call the physio on the next changeover?’ 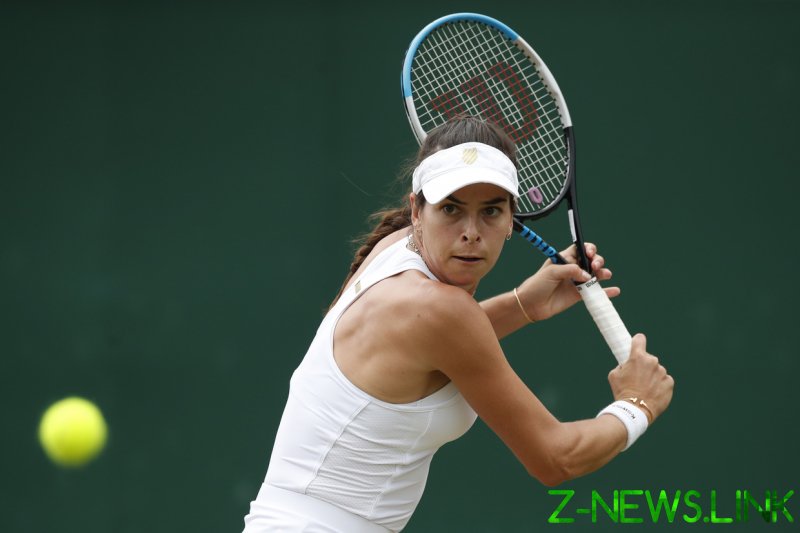 Tomljanovic was not happy with her rival Ostapenko. © Reuters

“You don’t just go and sit down when your opponent is about to serve to go up five-love up, potentially.

“So that’s one. Game-wise, there was nothing wrong with her, from my side. I have played her. I have played many people. I know when someone is injured and when they’re not.

“Then to top it all off, for her to call me disrespectful at the end of the match is just, at that point, it’s laughable. I think it’s disgraceful behavior from someone that is a Grand Slam champion, because kids look at her and they see that.

“I’m sorry, if she was injured, she could have gone about it in a way better way. Whatever she says, she can say. But this is my opinion on it.

“The big thing for me is that why I went off was because she went at 4-0 when I was about to serve. She could have waited one more game and got the physio. If she did that at 4-1 or 5-0, I would probably have a smirk, wouldn’t say much to the ref, I would just ask, ‘What’s her injury?’

“But the fact that she did it at 4-0 when I was about to serve, that’s disrespectful. It’s not what you did, especially at Wimbledon. It’s like the pinnacle of sport, a place we played in. And you do that. I’m just honestly tired of it. I’m tired of it happening and seeing it happen. We can do better than that.

“I haven’t asked her if she’s okay. I don’t think she probably even wants to talk to me. I wish her well. Like, if she had any sort of pain or injury, I hope she gets better. Doesn’t excuse the way she did it.”

“How can you say I am a liar when you know nothing about it?” raged the world number 34.

“Maybe I had this injury before, it’s not new pain or something. You cannot call me a liar in front of everybody.

“It’s not respectful from her side. I said she’s a very bad player because of this behavior. You are winning but that doesn’t mean you can do everything you want. If I had played at 50%, I would have beaten her.”