Home / WORLD / ‘Yesterday it was Trump, tomorrow it could be anybody’: Bernie Sanders ‘not comfortable’ with Twitter ban on former president

‘Yesterday it was Trump, tomorrow it could be anybody’: Bernie Sanders ‘not comfortable’ with Twitter ban on former president 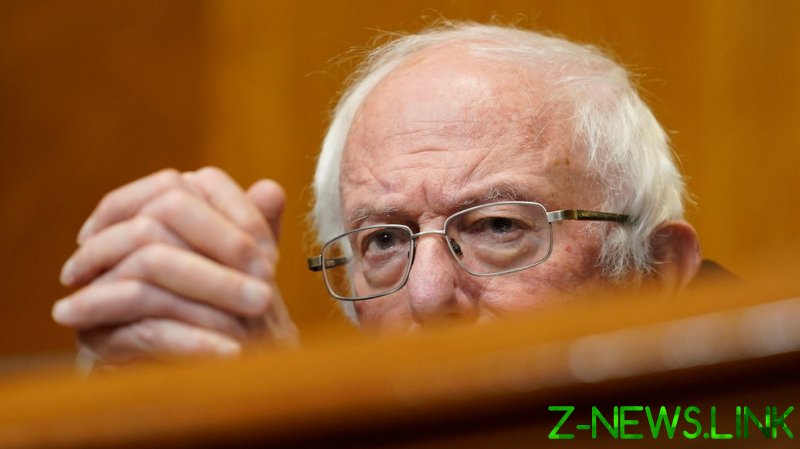 Speaking on the Ezra Klein Show podcast on Tuesday, the US senator from Vermont said he was uncomfortable with the idea of a “handful of high-tech people” having the power to censor different points of view, and called for a ‘balanced’ approach.

The former Democratic presidential candidate and frequent Trump critic said he did not have a concrete solution for how to “balance” censorship with measures to combat online abuse and hate, but argued that “the devil is obviously in the details” when it comes to such bans.

“Yesterday, it was Donald Trump who was banned, and tomorrow, it could be somebody else who has a very different point of view… it is an issue that we have got to be thinking long and hard on,” Sanders said, adding, “How do you preserve First Amendment rights without moving this country into a ‘Big Lie’ mentality and conspiracy theories?,” Sanders explained.

The comments come as reports of Trump’s imminent return to social media on “his own platform” are doing the rounds. Jason Miller, a spokesperson for the former president’s 2020 campaign, told Fox News earlier this week that it would take about “two to three months” and would “completely redefine the game.”

Before outright banning him, Twitter had repeatedly flagged Trump’s tweets and placed a 12-hour lockout on his account after the January 6 Capitol riot. His subsequent tweets announcing he would not attend then-President elect Joe Biden’s inauguration and promising his supporters would have a “GIANT VOICE” in the future were cited by Twitter in its decision to permanently ban him over fears of “the risk of further incitement of violence.”

A Pew Research study conducted in late January found 58% of US adults agreed with the banning, while 41% thought it was the wrong move.

After months of scrutiny over the ban, Twitter said last week it was seeking public input on how and when it should ban world leaders. It said it was conducting a review of its policy framework to consider whether or not leaders should be subjected to the same rules as regular users.

Facebook, which also indefinitely suspended Trump in January, has tasked its independent oversight board to rule on whether that ban should stand.