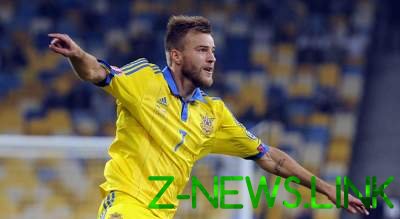 The head coach of the national team of Ukraine Andriy Shevchenko decided on a list of foreign players for the next matches of selection for Euro 2020.

The main surprise was the inclusion of winger “West ham” Andriy Yarmolenko, who, because of a serious injury in 2019, the year has not played a single match.

In comparison with the composition of the March matches against Portugal and Luxembourg Shevchenko added to the list of Igor Plastun and Ivan Petryak, but did not include a goalkeeper, “Leganes” by Andrey Lunin, who will go with the Ukrainian team at the world Cup U-20.

See also:  Ukraine will not apply for NATO membership - Poroshenko

The composition of the legionaries of the national team of Ukraine for the matches with Serbia and Luxembourg:

Recall from Serbia the national team of Ukraine will play June 7. The match with Luxembourg team of Andrey Shevchenko will hold on June 10. Both matches will take “arena Lviv”.