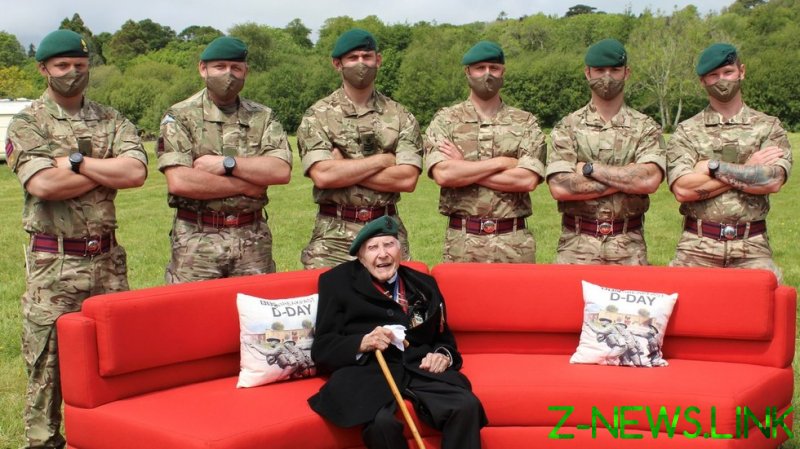 The ill-fated picture emerged on Twitter earlier this week. The photo, taken in Cornwall on the 77th anniversary of the Allied invasion of Nazi-occupied Western Europe, shows 96-year-old former Royal Engineer Harry Billinge sitting on a red sofa in the middle of the field. Six active-duty sappers from 24 Commando Royal Engineers are seen standing behind.

Having been given such a head start, the comment section was instantly flooded with assorted D-Day jokes of varying degrees of obscenity, with only a handful of users showing up to pay their respects to the veteran and thank the military for commemorating the landings anniversary.

Some users suggested the unfortunate set-up showed the Army’s social media team was not spending enough time on the internet, or they might have predicted how the photo would be received.

Some even deemed one of the sappers to be looking way too gleeful for the event, suggesting he might have been in on what was going on.