Writing music down like Mozart did is ‘white hegemony’, proposed reform of Oxford’s curriculum reportedly claims 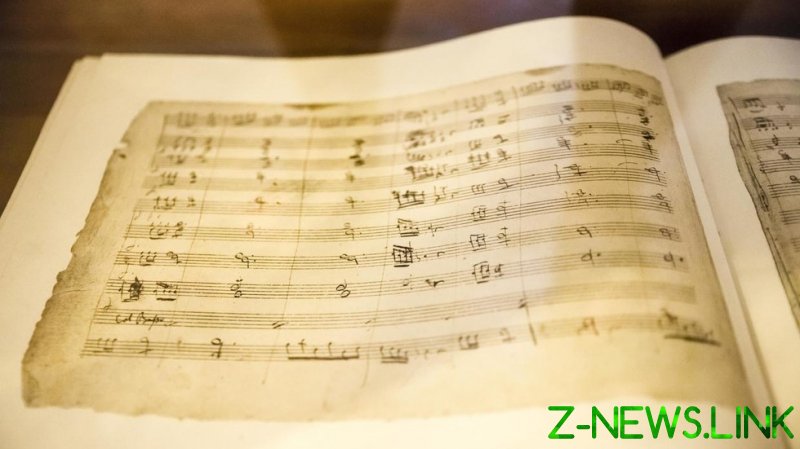 One of the most prestigious universities in the UK plans to overhaul its music courses for undergraduates to steer them away from elements of ‘colonialism’ and ‘white supremacy’, the Telegraph reported, citing internal documents. The supposedly problematic parts of the curriculum include the study of musical notation, described as a “colonialist representational system.”

Many ways of writing down music have been invented throughout history, but the system developed in Europe in the 17th and 18th centuries laid the foundation for the most used form today. It’s not set in stone, of course, and is constantly developed. Alternatives specific to certain instruments and genres exist as well.

Reformists at Oxford believe that teaching notation rooted in the colonial past is a “slap in the face” for some students, according to the newspaper.

Also deemed problematic are skills such as playing the keyboard or conducting orchestras. The proposed change would make learning them optional, since the repertoire used in the process “structurally centres white European music,” which causes “students of colour great distress.”

The current classical repertoire was criticized for focusing on “white European music from the slave period,” so presumably works by Mozart and Beethoven will have a diminished place in a rethought ‘decolonized’ curriculum. Time may instead be devoted to new topics focusing on musical diversity. Or, as another suggestion proposes, students could be taught about signature pop culture events, including “Dua Lipa’s Record Breaking Livestream” and “Artists Demanding Trump Stop Using Their Songs.”

The proposed change is meant to address concerns that came to the forefront in the wake of last year’s Black Lives Matter protests. Oxford University has already taken some steps to supposedly move it away from the colonialist past, like agreeing to remove a statue of Cecil Rhodes from the Oriel College campus. The Victorian-era diamond magnate and prime minister of the Cape Colony was dubbed the ‘father of apartheid’ in South Africa for his imperialist beliefs and policies. The fate of the statue is expected to be decided this spring.

Meanwhile, Oxford’s All Souls College dropped the name Christopher Codrington, a Barbados-born 17th century colonial governor and slave-owner, from its library. The school refused to remove the statue of Codrington, an All Souls fellow and generous donor, whose money helped build the library.