Would-be German chancellor Scholz jumps the gun on EU expansion eastward, which may provoke more states to follow the UK and exit 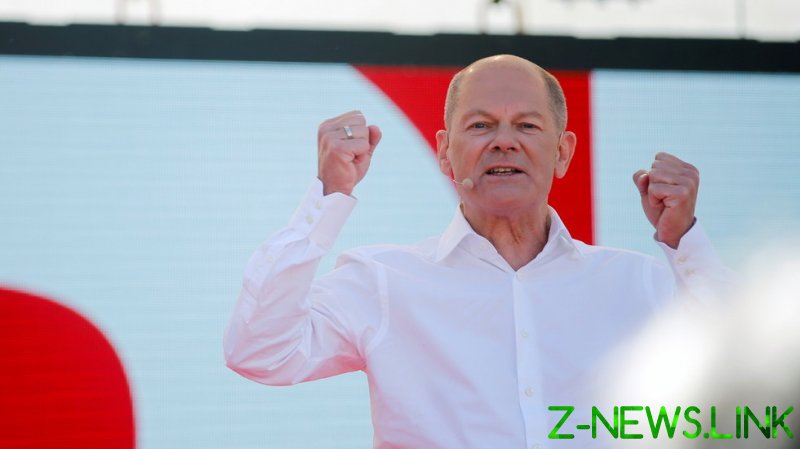 In an interview with Deutsche Welle, Olaf Scholz, the Social Democrats’ candidate in the upcoming general election, said that Russia and others must “accept that there will be further European integration.”

Given that Scholz namechecked Russia, he can only mean more European integration in Eastern Europe. Given that most of Eastern Europe has already been integrated into the EU, it can only be deduced that Scholz was talking about Moldova, Georgia, and Ukraine, the leaders of which met last month to discuss future relations with the EU.

At the summit, the leaders signed a declaration calling on the EU to acknowledge that they could one day become member states. However, this is a course that will be fraught with difficulties, particularly in Ukraine, which remains divided about its future, as polls show.

I also think Scholz might have been jumping the gun in expressing his enthusiasm for further EU integration. Surely it would make more sense for the EU to sort out its problems with its existing Eastern European members before it seeks to integrate even more states?

For example, just look at what is going on in Hungary, where PM Viktor Orban is threatening a referendum on LGBTQ rights in the face of hostility from Brussels. I would suggest that the EU sorts out its own house before meddling in the affairs of even more states.

And does the EU need even more relatively poor Eastern European states as members? They will, if anything, be a financial drain on the bloc, which is already suffering from economic stagnation.

Moreover, the Germans, who are the EU’s only major financial contributor, are becoming increasingly fed up with the situation. Last week, German politicians fumed at the size of the country’s EU contributions, which has now hit a whopping £16.4 billion ($22.7). Nicolaus Fest, a German MEP for the Eurosceptic AfD party, complained that “it is scandalous that, once again, Germany continues to pay substantially more into the EU budget than all other member states.” He also argued that “hard-working Germans deserve better than to have their money used to prop up weak and failing EU economies.”

As the EU drifts further eastwards, the financial burden on Germany will become even greater than it is today, and growing Euroscepticism will be the inevitable result. Indeed, there is an argument to be made that the EU cannot afford to allow the likes of Georgia, Moldova, and Ukraine into the bloc – that is, unless they want more Western European countries to follow the UK’s lead and leave.

Then there is the question as to who gains from provoking Russia? The answer is no one, and this was a point I made on numerous occasions in the European Parliament when I was an MEP.

However, it is clear that Scholz is walking the equivalent of a political tightrope regarding Russia. Although he criticised Russia’s “annexation” of Crimea, he stepped away from being overly critical. Indeed, when asked whether he had any sharp words for Russian President Vladimir Putin, Scholz recoiled. Maybe this is because Germany is dependent on Russia for its energy, or perhaps it’s because of the Nord Stream 2 pipeline deal, which his government supports.

Or, maybe, just maybe, it is Scholz being a typical cynical politician. You see, the German population is split over its attitude towards Russia. For example, in the old East German states, 50% of the electorate support closer ties with Russia, whereas, in the old West Germany, that figure falls to 25%. Scholz and other candidates therefore have to be careful when it comes to discussing Russia. They can voice concerns to appease the West, but they cannot be too critical, because they don’t want to offend the East.

Nevertheless, the most striking aspect of Scholz’s interview was his absolute commitment to further EU integration in Eastern Europe. If this occurs, it will inevitably put the EU at odds with Russia, as it increasingly encroaches on her traditional sphere of influence. Moreover, I would argue that it is not in the EU’s interest to move further eastwards, and it is certainly not advantageous for the German people, who will end up paying the bill for it.