Worse than the FBI?! Senior Tories oppose ‘rushed’ bid to free MI5 agents to break law on the job 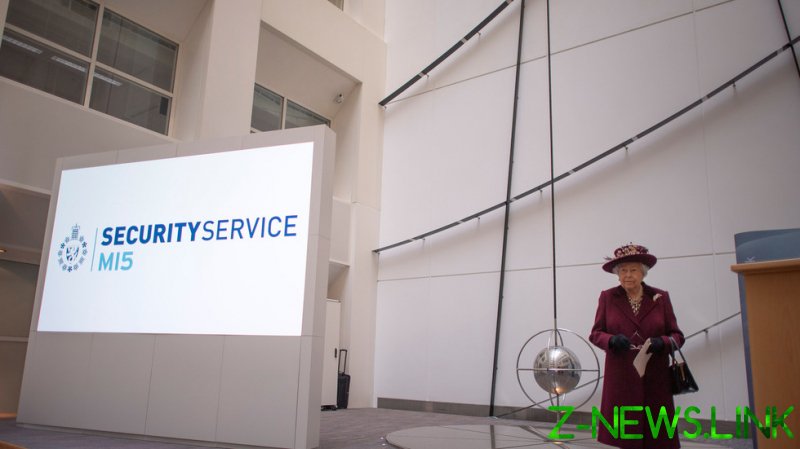 The Covert Human Intelligence Sources (CHIS) bill expressly greenlights not merely MI5 but 10 other agencies – including HM Revenue and Customs, the Food Standards Agency, police, and the Gambling Commission – would be permitted to engage in criminal conduct, as long as they’re committing the lesser evil in service of preventing a greater one.

The bill was read in Parliament for the second time on Monday, as opposition from high-ranking conservative ministers has risen to alarm. Critics believe it gives too many powers to too many agents and argue it opens the door to alarming misuse of power by encouraging agents to act like their cloak-and-dagger TV counterparts – behavior incompatible with real life.

While MI5 operated for years under an informal policy known as the “third direction,” which – like CHIS – permitted agents to break the law if necessary to avert a more serious crime or threat to UK national security, that policy’s exposure by human rights campaigners Reprieve years ago forced the spies to put their lawbreaking on ice. They’ve since drawn up – too hurriedly, the opposing ministers say – a legal framework for agents’ actions.

As currently written, the bill appears to literally give agents a “license to kill” – or rape, or molest children, or other acts considered “beyond the pale” even in the rarefied world of covert intelligence. Former Brexit secretary David Davis rejected CHIS as “ill thought-through,” insisting it “should preclude crimes which we think are beyond the pale.”

“There are a whole series of weaknesses in it, which at the end of the day will impinge on innocent people,” he told the Financial Times on Monday, pointing out that agents would be authorized by members of their own organizations – not the Home Secretary – to commit crimes. This would create a bizarre situation where police require stricter legal oversight for phone taps and search warrants than for infiltrating a terrorist organization plotting to blow up critical infrastructure.

Worse, by signing off on the bill, the UK would be giving its security services more power than even the US, its fellow Five Eyes intelligence-sharing member and a nation notorious for the rampant abuses of its security state. Better to make “non-operational personnel, ideally judges,” responsible for letting MI5 off the leash, Davis said.

Former international development secretary and Tory chief whip Andrew Mitchell concurred, arguing “Parliament should be incredibly cautious in granting such powers in a free society and the executive must provide the strongest possible justification.” The legislation as it stands, he pointed out, technically grants the same powers to the Food Standards Agency as MI5, with only the sanity of the official in charge of that agency preventing rogue agents from wreaking James Bond-style havoc in the name of the British food supply.

The Home Office has stressed that even in its current form, CHIS does not include a “license to kill,” since that would be a violation of the Human Rights Act. However, Reprieve, the organization which spoiled all MI5’s fun last time, countered that government lawyers have long argued the Human Rights Act doesn’t apply to acts authorized by the state – only those actually performed by it. Supporters of the bill, meanwhile, have argued that enumerating a list of specifically banned crimes would only encourage criminals to “test” the loyalty of undercover agents by demanding they commit those crimes.

However, former director of public prosecutions Ken MacDonald warned that without much greater transparency, the security services was essentially “slipping into a Quentin Tarantino world or a Sopranos world where criminals involved in activity are constantly challenging each other to test their loyalty” – a world, he stressed, that does not reflect “how [undercover] activity works.”

In the bill text posted to the UK government website, the British people are reminded that covert agents have foiled “many” terrorist plots, helped “disrupt over 30 threats to life” and “safeguard over 200 people,” assisted in the removal of dozens of guns and thousands of tons of narcotics from the street, and prevented the loss of hundreds of millions of pounds in tax revenue.