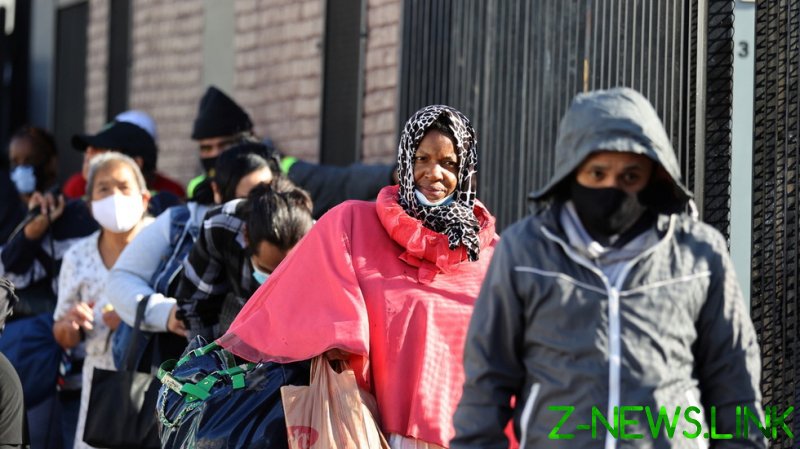 The $900-billion coronavirus deal was announced by Senate Majority Leader Mitch McConnell on Sunday night, a compromise reached between Democrats and Republicans after nearly nine months of fruitless negotiations.

“We can finally report what our nation has needed to hear for a very long time: more help is on the way. As our citizens continue battling this coronavirus this holiday season, they will not be fighting alone,” McConnell said on the Senate floor.

The full text of the deal is yet to be released, but it has already sparked indignation as well as a torrent of mockery for promising a $600 check for those earning up to $75,000 a year.

“Congress makes a $130k a year & has had how many vacations in the last 8 month to agree to a measly $600? REVOLUTION ANYONE?” actor Kirk Acevedo tweeted, while another observer chastised the lawmakers for being“out of touch” with the people.

Michigan Democratic Representative Rashida Tlaib pointed out that lawmaker had no reservations when they passed the massive $740 billion National Defense Authorization Act earlier this month, which is yet to be signed by US President Donald Trump, who vowed to veto it for not repealing liability protections for social media platforms.

“Don’t be coming back with ONLY $600 per survivor check when you just passed a ~$750 billion funding bill for defense contracts… It’s shameful that you are abandoning people in need,” she tweeted.

The outcry was not limited to liberals, although many Democrat supporters blamed the GOP for the hold-up. Some conservatives, including those who back the president, were up in arms as well.

“Inflation is at almost $0. People could have been given $2,000 a month. Caught up on their bills. Paid down their debt. Got ahead for once. No one in Congress… fought for this,” conservative commentator Mike Cernovich said.

Democratic candidate for Florida’s 3rd Congressional District Adam Christensen joked that the dissatisfaction over the bill has become an unlikely unifying factor at a time when the American public is increasingly divided.

“It’s very hard to unite everyone, but Washington seems to have to insulted everyone with this $600 pay off,” he wrote.

The news also sparked a meme-fest, with some coming up with ingenious suggestions for how to spend the money better.

The bill, while already agreed on, has to jump through several legal hoops to reach Trump’s desk. The House Rules Committee is set to convene on Monday to approve the guidelines for the debate in the chambers, and the House is expected to send the draft legislation to the Senate later the same day. In the meantime, Trump signed yet another stopgap bill on Sunday night that would provide funding for the government for the next 24 hours until the relief package is passed.

Trump is unlikely to rejoice at the much-desired deal, however. The Washington Post reported on Friday that White House aides had to intervene last-minute “to prevent President Trump from issuing a statement calling for substantially larger stimulus payments for millions of Americans.” Trump, who has been calling out Congress publicly for delaying the assistance, reportedly wanted the checks to be at least $1,200, and up to $2,000, per person.