Home / WORLD / ‘Work of Congress is not a joke’: Republican women’s group refuses to support some Trump-supporting female candidates

‘Work of Congress is not a joke’: Republican women’s group refuses to support some Trump-supporting female candidates 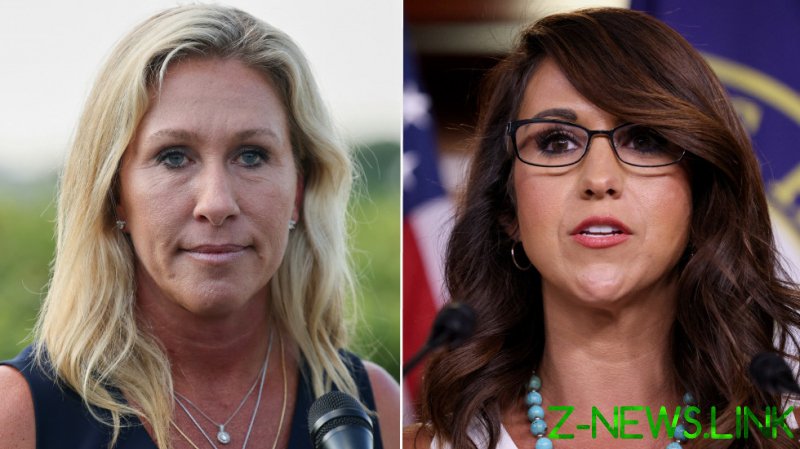 In an email sent out by Value in Electing Women Political Action Committee (VIEW PAC), Greene and Boebert were blasted as “shameless self-promoters” turning Congress into a “reality show.”

“The work of Congress is not a joke or reality show. Our women have fought too hard for too long to be respected and taken seriously as legislators, policy makers and thought leaders. We cannot let this work be erased by individuals who chose to be shameless self-promoters and carnival barkers,” Julie Conway, executive director for the group, wrote in an email.

She added that both controversial GOP figures are “cut from the same cloth,” but said Greene is more of a self-promoter.

Boebert pushed back against the decision, and claimed she had never heard of VIEW PAC, but also described it as a “DC insider PAC.”

“I care about the hard-working Americans from Colorado’s Third Congressional District … that’s whose cloth I’m cut from,” she said.

Greene has not directly responded to the news.

Both Boebert and Greene began trending on social media following news of the GOP group “intentionally” withholding its support. Boebert was labeled “Karen Boebert” by liberal critics, a term she embraced and used to push for financial support.

Boebert and Greene have become two of the most controversial members of their party, often being attacked by liberal lawmakers, but also sometimes targeted by fellow Republicans.

Both have been vocal in their objections to the White House’s vaccination push. Greene even introduced legislation in April that would ban discrimination against those who choose not to get vaccinated against Covid-19.

Boebert has similarly said getting vaccinated should be a private choice.

Both women have also come under fire for their fiery rhetoric, similar in tone to former President Donald Trump, whom they both openly support. Greene recently found herself facing a backlash after seemingly comparing mask mandates to the Holocaust, a remark she would later apologize for. She was also removed from two committee positions earlier this year, with Democrats accusing her of “hate speech.”