Woman arrested for giving teen Covid-19 vaccine at her home 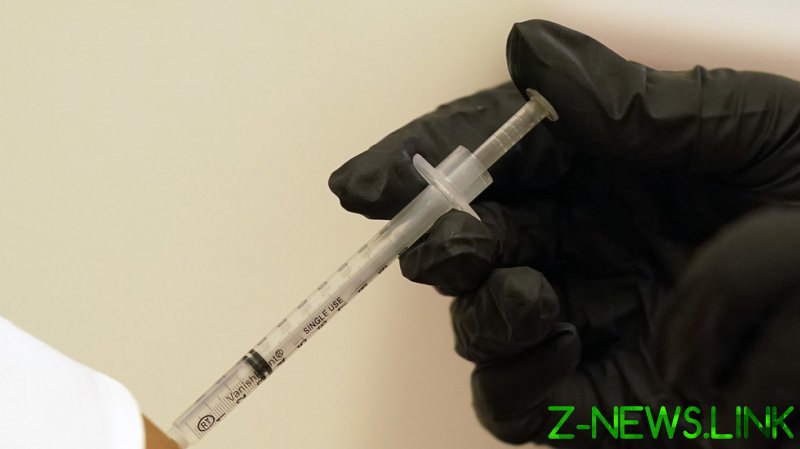 A woman in New York state was arrested after she was accused of administering a Covid-19 vaccine to a teenager while lacking a medical license. The teen’s mother later told the police she was unaware of the injection.

Laura Parker Russo, a 54-year-old Long Island woman, allegedly gave the teenager what the investigators believe was a Covid-19 vaccine at her home on Friday, police told local media. It’s unclear what the teenager was doing at Russo’s home and whether they are related.

While the boy’s attitude to the procedure is unknown, it did not sit well with his mother, who wasted no time in notifying the police. The mother told detectives that she had not given Russo permission to inject her son with the substance.

However, the lack of parental consent turned out to be only the tip of the iceberg, with police later discovering that Russo had no right to perform medical procedures. The woman was neither a medical professional, nor was she authorized to carry out vaccination. Russo was charged with practicing without a proper qualification, and is set to appear before court on January, 21.

Children as young as 5 are eligible for the Covid-19 vaccine in the US. Currently, there is only one vaccine – the Pfizer-BioTech Covid-19 jab – that is available to those aged from 5 to 17. It’s unclear what brand the woman used to vaccinate the teen.

The issue of parents’ role with regards to the vaccination of their children has been hotly debated, and parental consent rules vary across different US states. In New York state, a parent or a legal guardian must provide consent for minors of all ages. In the case of 16 and 17-year-olds, a parent can give such consent either in person or by phone. However, children younger than 15 must also be accompanied to a vaccination site by an adult caregiver.