Home / WORLD / With some of its biggest names uncertain about getting jabbed, is tennis a ‘bastion of resistance’ against Covid vaccination?

With some of its biggest names uncertain about getting jabbed, is tennis a ‘bastion of resistance’ against Covid vaccination? 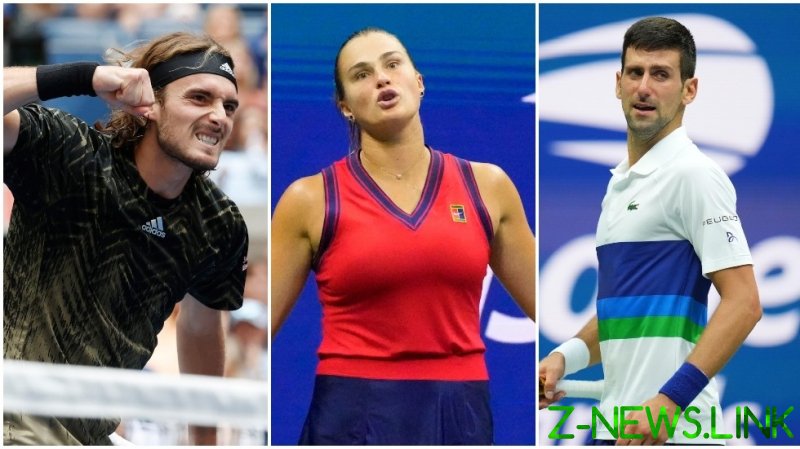 As their seasons are rolling out or about to get underway, many of North America’s top sports league have revealed high vaccination rates.

The NFL reported at the weekend that the league has already reached a rate of more than 93% for players, and almost complete vaccination for coaches and staff.

Over in the NHL, the rate is reported as being as high as 95%, after the authorities have encouraged players to get the vaccine while threatening loss of pay if they become sick or otherwise unavailable to their teams.

With its new term about to kick off next month, the NBA – trying to catch up with its female counterpart, which has a 99% rate – boasts 90%, with unvaccinated players reportedly being “barred from entering arenas or facilities for team activities unless they have a medical or religious exemption”.

The world’s top four male players – Novak Djokovic, Daniil Medvedev, Stefanos Tsitsipas and Alexander Zverev – have all spoken at some point about their reluctance to be vaccinated.

“Personally I’m opposed to vaccination, and I wouldn’t want to be forced by someone to take a vaccine in order to be able to travel,” said Djokovic earlier this year.

Russian star Medvedev, who beat Djokovic to become the first Russian man to win a major tournament since 2005 in New York on Sunday, has claimed he would not be getting jabbed “for medical reasons related to vaccines”.

Elsewhere, Greek world number three Tsitsipas caused a storm when he remarked that he didn’t “see any reason for someone of my age to do it – it hasn’t been tested enough, and it has side effects,” before adding “everyone can decide for themselves.”

German Olympic champion Zverev is also believed to be unvaccinated, and took a similar line in stressing that everyone “should act as they see fit” and that it’s “easy to be misunderstood, whatever you say” as the issue had become “too political” for his liking.

Coincidentally, three of that rebel quartet were US Open semi-finalists this month, which meant that all but one, Felix Auger-Aliassime, who is still yet to confirm his view, had either raised concerns about the jab or stated they refuse to take it.

Conversely, any tennis fan who wanted to watch the recent action in New York had to jump through all sorts of hoops to get into Flushing Meadows, after the United States Tennis Association mandated that spectators needed to provide proof of their Covid vaccination, while players weren’t required whatsoever.

One interesting counter to all this is that women’s world number one Ashleigh Barty received her jab through an initiative from the WTA and revealed it was “nice to know that we have got that small layer of protection.”

World number two Aryna Sabalenka said in March she doesn’t “really trust” vaccination as “they just make it, like really quick, and there wasn’t enough time to test it and to see what can happen.” 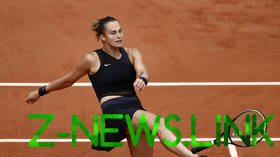 Sabalenka has spoken about her resistance to getting jabbed. © Reuters

The Belarusian star is joined by world number four Elina Svitolina, who said it “makes almost, like, no sense to do something that has been tested for such a short period of time.”

As Sabalenka implied, however, she and others may soon no longer have any choice; at least that’s what ESPN analyst Patrick McEnroe thinks.

“At some point [vaccine mandates are] going to be somewhat inevitable – tennis is hesitant to go there because you’ve got some of the biggest names in the world that don’t want to take the vaccine for whatever reason,” he predicted.

Perhaps already gauging some of the fan anger as to why they must get jabbed but the icons they pay to watch in action can do as they wish, it remains to be seen what kind of action organizers will take next year when the Grand Slams kick off in Australia, which has been one of the world’s strictest countries as per lockdowns and general protocol.

Broached again on the matter at the beginning of the month, Medvedev was a lot more sheepish this time and communicated that resolve might be loosening.

“Tough to answer on this question,” he replied when asked to address comments by Victoria Azarenka which demanded mandatory vaccines.

“I think everybody can have his own opinion. Yeah, I don’t have an answer to this question, honestly.

“I understand why they did it to the fans. So far, it has not been applied to the players. As players, we can just follow the guidelines and the rules. That’s all we can do.”

Tennis might not only be a bastion against the vaccination, but also the last one that soon joins the throngs of other elite sports that followed the pack.