With contracts in place for enough doses to immunize the entire population, South Korea is developing SECOND domestic vaccine 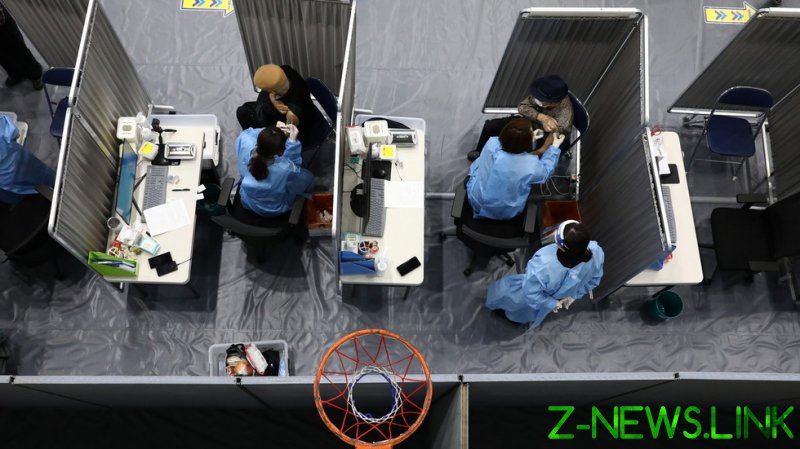 It is therefore aiming to have not one, but two domestically developed Covid-19 vaccines ready for deployment on home soil before the inoculation campaign is over, the South Korean health minister announced on Monday. Five local companies are developing such vaccines, and two are expected to complete phase III trials by the end of the year.

“We expect the approval as early as the end of this year or early next year,” Kwon Deok-cheol told a radio show, as cited by Yonhap news.

The news comes just after the Health Ministry announced that additional doses of the Pfizer vaccine had been secured to immunize 20 million people. By the end of June, doses for 3.5 million people are set to arrive, with subsequent deliveries scheduled at later times, Minister Kwon announced on Saturday.

South Korea was among the better-performing nations in terms of its initial response to the pandemic, keeping the disease in check. It was, however, relatively slow in launching its national immunization campaign, which only started in February. Some 2.26 million people have now received at least one shot of a vaccine, but the government hopes to increase the pace and immunize 12 million by the end of June.

The total population of South Korea is about 52 million, with an estimated 36 million required to be immune to Covid-19 to reach herd immunity, which Seoul hopes to achieve by November. Seoul has signed up five major international pharmaceutical companies to supply their vaccines. The new Pfizer deal boosted the number of contracted doses to a volume sufficient for inoculating 99 million people.

However, amid a global shortage of vaccines and uncertainty over deliveries, Seoul is seeking a domestic alternative. Homemade vaccines are expected to be cheaper and easier to distribute, and could be adjusted quickly to new strains of Covid-19, should such a need arise.