Home / Travel / Winter holiday in the mountains: the price of the most popular resorts

Winter holiday in the mountains: the price of the most popular resorts 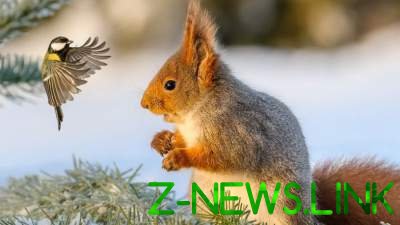 Vacation in the mountains this winter will rise by 30% in comparison with the previous year. Lament in the Carpathians: accommodation booked weak, and to raise prices is still necessary. Blame the tariffs for heating and electricity. The experts say that bezviz did the trick: Ukrainians go to Europe on vacation.

In the Carpathians raised prices

The inhabitants of the Carpathians are worried that this year more than ever, Ukrainians are not in a hurry to book rooms for the New year. According to the owner of the rooms in Slavskoye Lydia Gordienko, if earlier, the first reservation for new year’s holidays came in August, but this year just started for a week only two or three calls. “People call, but only ask the price. New year still free. Last year I rented the room for 90 UAH per person, this 120 I think,” says Lydia, Gorodenko.

For the rest in Slavske Lviv region this winter will have to pay 30% more than last year. For housing with no amenities and no power with one bathroom for three rooms please a minimum of 150 UAH per day, per apartment from 500 UAH. “This year prices will raise all who want to work at a loss. Heating went up, we heated the house with gas. If we leave prices as last year, even to zero will not leave”, — told the “news” Galina Fesyuk, which for several years rents its rooms to tourists.

“The food offered to tourists in high season, at other times disadvantageous, to buy food, especially because we have the apartments have a kitchen, guests can cook yourself, most likely this year there we will not offer”, – Galina Fesyuk

In the tourist complex Bukovel say that the price compared to last year has raised by 15%. But wishing is not diminished, and new roads and discounts for early booking did the trick. “Pre-booking is going well, I would even say better than last year. To us began to go a lot of Europeans. Because we have the most affordable resort in Eastern Europe such class and level. Since last year we have completely updated a road infrastructure to get even easier — the new road from Romania, via Chernivtsi, Kolomyya, Frankivsk from the road. Even now you can buy passes at 50% less than in December. And book your stay 25% lower,” — said the “Vesti” Vladimir Yuzyuk, head of the advertising Department of the ski resort “Bukovel”.

In Yaremche and Bukovel beneficial to take the company to save on accommodation. Low prices on the booking sites in this area — 800 UAH per person per day. It is important to lay a 120 UAH for a minibus from Ivano-Frankivsk and back, because unlike Slavske, where there is a railway station to Bukovel will still have to go three hours by bus.

“Do not believe those who for 500 UAH promises a warm house and a TV are likely scammers. There are no prices in this year. For two thousand you will find is that 40 kilometers from the lifts. Reasonable prices from 6 thousand for the house for the company for 6-8 people. It is therefore better to come company and auto — save on food and Shuttle service. For $ 200 a home in the new year’s eve in Europe you will find, and me to lift only 7 kilometers, there is even a grill,” he praised us to his Chalet Leonid Danilenko from Yaremche.

Given the travel, accommodation, expenses for food and ski pass (ski passes for the skiing) — 5-day rest in Slavske one will cost at least 5 thousand UAH. Bukovel, the best estimate is two times more expensive by 10 thousand air tour in Zakopane in Poland will cost about two thousand more, but that’s including flights from Kiev to Krakow and accommodation in a 4* hotel with dinner, 800 metres from the ski lift. “In Slovakia for a week the two of you can go for 500 euros . There are railway and bus, accommodation in 3* hotel with Breakfast” — told us in one of capital offices “Come with us”.

Tour operators say that because bezveza independent tourists now becoming more. “Ski tours tend to buy on their own — those who ride, choose where and how to ride, and at the expense bezveza independent tourists getting bigger. Among the popular destinations abroad: Poland, Bulgaria, Slovakia, Andorra, a bit of Italian and French — it depends on who has what budget”, — said the Director of travel Agency “Come with us,” Oleg Kulik. Head of the Center for tourism development Vladimir Tsaruk adds that get on the more expensive resorts, such as Austria, are more profitable to the operator, as now many of them lower prices to fill the flight, while on cheaper resorts abroad easier and cheaper to get their own.

The rise in prices, according to Kulik not so much due to the appreciated the communal, and how much demand among tourists: “If the demand is high, prices will definitely rise, while the preconditions to deny it not. In General, I can confirm that in the same Bukovel prices are now much higher than in other European resorts. But in terms of routes to compare with Austria the same Bukovel, it is impossible, but in the same Bulgaria descents Ukrainian is clearly inferior, because our resorts are becoming more foreigners”. 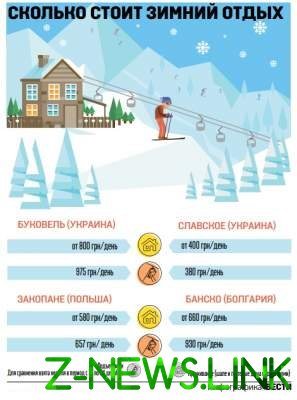