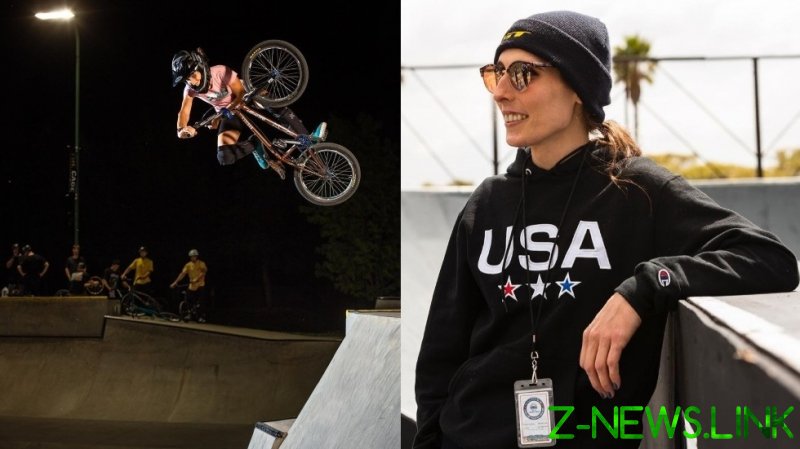 Wolfe was confirmed as an alternate to the US team last week. Over the weekend, journalist Ian Miles Cheong dug up a Facebook post from March 2020 – now deleted – in which the cyclist shared a PinkNews article accusing President Donald Trump and his attorney general of wanting to hurt transgender children.

“My goal is to win the Olympics so I can burn a US flag on the podium. This is what they focus on during a pandemic. Hurting trans children,” Wolfe had written.

Moreover, in the replies, Wolfe argued, “I would never say that someone should explode the head of the president,” as that would be illegal, but only “with dynamite” instead.

Asked about the post by Fox News on Monday, Wolfe said that “anyone who thinks that I don’t care about the United States is sorely mistaken.”

“One of the reasons why I work so hard to represent the United States in international competition is to show the world that this country has morals and values, that it’s not all of the bad things that we’re known for,” Wolfe said. “I take a stand against fascism because I care about this country and I’m not going to let it fall into the hands of fascists after so many people have fought and sacrificed to prevent fascism from taking hold abroad.”

Wolfe is not the first transgender athlete to possibly compete at the upcoming Olympics in Japan, which had been postponed from 2020 due to the Covid-19 pandemic. That particular honor went to Laurel Hubbard, a 43-year-old weightlifter from New Zealand, whom the International Olympic Committee cleared for competition in line with their guidelines for trans competitors.

As an alternate, Wolfe would compete only if her teammates Hannah Roberts and Perris Benegas are unable to.

BMX Freestyle is an extreme sport featuring bicycle stunts. It was added to the Olympics in 2017, and would make its first appearance at the Tokyo games.