Home / WORLD / ‘Win a trophy instead of celebrating this s**t’: Barcelona pip Madrid as most valuable football club but announcement splits fans

‘Win a trophy instead of celebrating this s**t’: Barcelona pip Madrid as most valuable football club but announcement splits fans 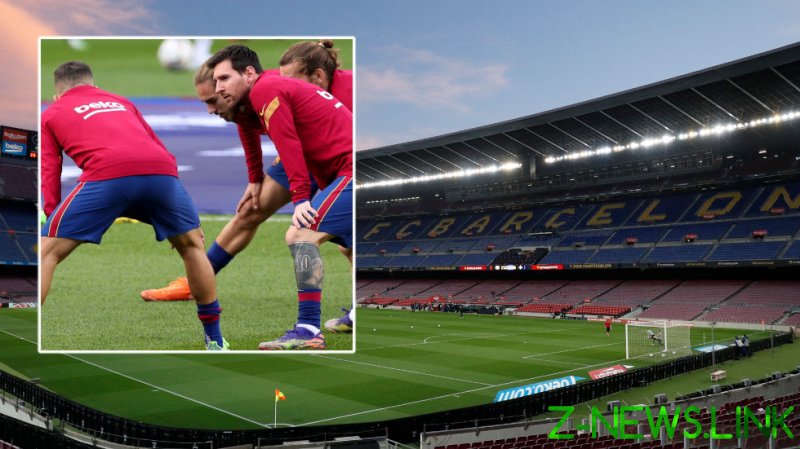 The Catalans were valued at $4.76 billion, edging out bitter rivals Real Madrid, who came in at $4.75 billion, by the narrowest of margins in the annual list put together by financial experts Forbes.

Less than 48 hours after Lionel Messi and his teammates were beaten 2-1 at the Alfredo Di Stefano Stadium on Saturday in El Clasico, Barca failed to rise to the La Liga summit but have taken pride in topping these rankings instead.

The club announced on social media that it had achieved the feat and ran the news on its official website, receiving a range of reactions from fans.

“Another trophy in the cabinet,” said one, while another responded “tell us something we don’t know” by way of celebration.

Despite the club finishing more than half a billion dollars above the third-placed German champions and Manchester United in fourth, others were less receptive of the valuation.

“Win a trophy instead of celebrating this sh*t” demanded one punter, while another referred to Sunday’s decider in the Copa del Rey, when Athletic Bilbao await them, by saying: “Don’t care, win the final.”

“Valuable when the fans are being humiliated with heartbreak and [a] lack of trust due to our current performance?” asked one.

“[The] days are gone when some of us watched matches with full confidence. [The] majority of our fans are just enduring the moment rather than enjoying it.”

Madridistas weren’t far away to mock and rub salt into the wound.

“Lost to the biggest club in history three times in a row,” scoffed one, adding a disturbing double image of smiling Madrid boss Zinedine Zidane.

With the weekend’s win, the France legend is the first coach to clinch three consecutive installments of the biggest derby in club football since 1979.

“This tweet just made me realize that Real Madrid is the biggest team in sports history,” stated another Los Blancos supporter.

There were also calls of Barca being “finished” and questions over how a club mired in more than $1 billion of debt can be the most valuable on the planet.

That put the Blues ahead of Arsenal, mega-rich Paris Saint-Germain and 10th-placed Tottenham.