Home / WORLD / ‘Will you shut up, man?’ Biden struggles to talk over interjecting Trump as debate get off to a messy start 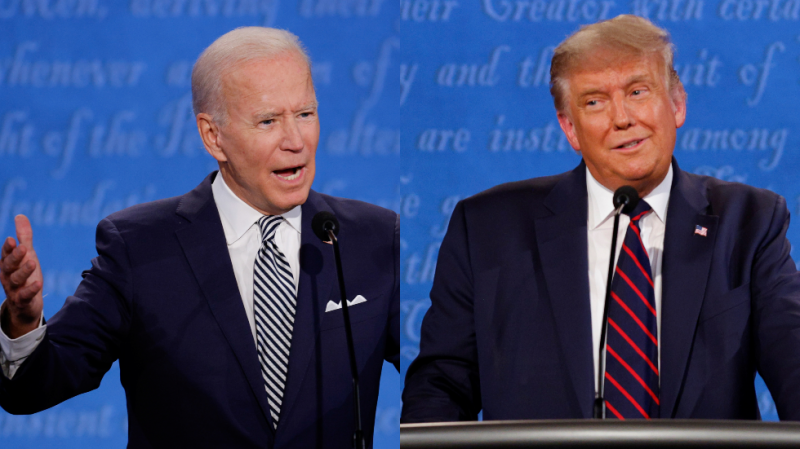 At one point, as Biden tried to evade a question from moderator Chris Wallace as to whether he would support adding more slots to the Supreme Court and eliminating the Senate filibuster rule if Democrats regain control, Trump badgered him with interruptions.

“Whatever position I take on that, that will become the issue,” Biden said. “The issue is the American people should speak. You should go out and vote. You’re in voting now. Vote and let your senators know how you feel.”

“Are you going to pack the court,” Trump interjected, before chirping: “He doesn’t want to answer that question.”

“I’m not going to answer the question,” Biden said.

When Trump again tried to interrupt again, suggesting that the Democrats would add “radical left” judges to the court, Biden lost his temper.

“Will you shut up man?” Biden said, his voice rising.

The exchange was typical of the first few minutes of Tuesday’s long-awaited debate, as a domineering Trump interrupted at most every point that he found false or objectionable. Trump even interrupted Wallace as the moderator began to ask a question about his administration’s lack of a comprehensive health plan, to which the president disagreed.

“Mr. President, I’m the moderator in this debate, and I’d like you to let me ask my question,” Wallace said. “I guess I’m debating you, not him,” Trump responded.

While Biden and Wallace grew frustrated, many viewers were amused by the clash.

“Trump just takes over,” independent journalist Tim Pool said on Twitter. “They just don’t know how to deal with him.”