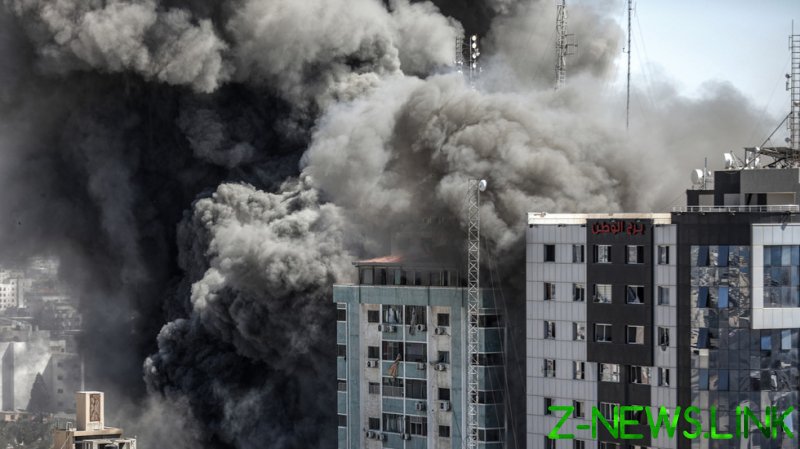 Following the targeted bombing on Saturday, which destroyed the building containing international media offices in Gaza, AP President and CEO Gary Pruitt said the company was “shocked and horrified that the Israeli military would target and destroy the building,” as they have “long known the location of our bureau and knew journalists were there.”

“We are seeking information from the Israeli government and are engaged with the US State Department to try to learn more,” he revealed, calling the bombing “an incredibly disturbing development.”

Though the news organization received warning to evacuate the building around an hour before the airstrike, Pruitt said they “narrowly avoided a terrible loss of life.”

“A dozen AP journalists and freelancers were inside the building and thankfully we were able to evacuate them in time,” he concluded.

In their own statement, Al Jazeera accused the Israeli government of trying to “silence media that are witnessing, documenting and reporting the truth of what is happening in Gaza.”

“This is a crime among a series of crimes perpetrated by the Israeli army in the Gaza Strip,” said Al Jazeera Jerusalem bureau chief Walid al-Omari, who added that it would be “impossible” to stop the truth.

The Israel Defense Forces justified the attack by alleging that Hamas was also using the building for “intelligence gathering” and other purposes, and that it had thus become a “lawful military target.”