Home / WORLD / Will Guantanamo ever close or is America just waiting for the remaining 40 prisoners to die one by one? 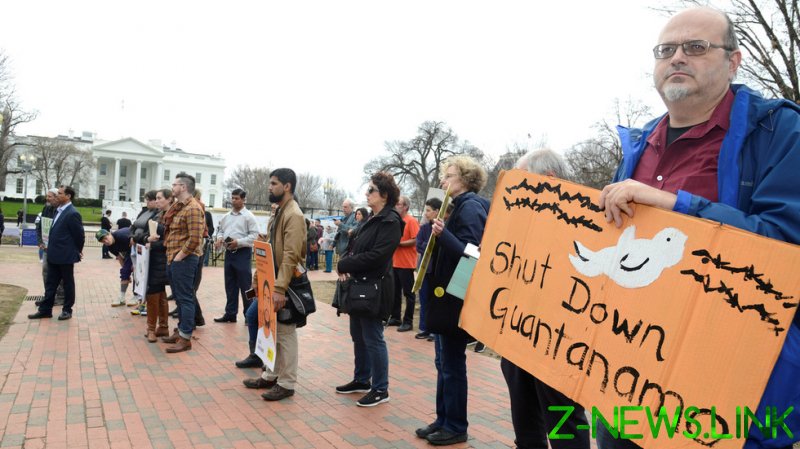 After a while, some things that at first seemed shocking and disturbing somehow become normalised and melt into the background. Guantanamo Bay Detention Camp is a prime example.

Apart from military geeks, hardly anyone has paid attention recently to the controversial prison at the US Naval Base in Cuba, itself a bizarre hangover dating back to the Spanish-American War of 1898. Even after the 1959 revolution that saw the communist Fidel Castro seize power, and a deeply hostile America cut diplomatic relations and sought to overthrow him, Washington has still been shelling out a yearly lease of around $4,000 for the indefinite use of 45 square miles of Cuban territory.

It was nearly 20 years ago that a prison was created there, following the ‘War on Terror’ that draft dodger George W. Bush initiated post the 9/11 attack. Officially, it was intended to house those accused of war crimes, but in practice it held anyone Washington could even tenuously connect to Osama bin Laden and 9/11.

Now a new film, ‘The Mauritanian’, starring Shailene Woodley, Benedict Cumberbatch, and Jodie Foster, has put it back in the news. It tells the story of Mohamedou Ould Salah, who had loose connections to Al-Qaeda and was held for 14 years without trial or charge at Gitmo between 2002 and 2016.

He released his book whilst still a prisoner there, but the jail’s rules were so arcane that he was banned from receiving a copy, despite it being on sale globally.

Scores of detainees have complained of abuse, torture, being kept in cages and there have been multiple suicides. America has denied inmates the rights granted by the Geneva Convention, an international law that defines humanitarian protections for prisoners of war.

In all, 775 people have been held there, comprising 50 different nationalities. Currently, 40 prisoners remain, with the most high profile being Khalid Sheikh Mohammed, reportedly the “architect of 9/11.”

Guantanamo is the most expensive prison in the world, with each detainee costing $13 million a year to detain – in all, it’s thought the US has spent more than $7 billion on the facility.

When Obama swept into the White House in 2009, within a few days he signed Executive Order 13492, ordering its closure. It stated the process would be carried out within a year, but the world is still waiting.

Obama did manage to reduce the numbers, reducing 240 detainees down to 41 by the time he left office.

One of the stumbling blocks to his plan was that America’s gung-ho attitude in snatching suspects, herding them onto planes and renditioning them without recourse to the law, didn’t work in reverse. They couldn’t just bundle those deemed innocent or whom they had no case against onto a flight. Questions abounded like – where do you send them and who wants them?

The naivety of Obama was that he didn’t understand America had tainted all of these individuals, forever. Just by being held in Guantanamo Bay, their reputations were shattered and, in many cases, there were no charges or convictions or evidence to validate the original accusations against them or their continued detention.

The special envoy for Guantanamo’s closure, Lee Wolosky, said in 2017: “The fact that they have been labeled in a political discourse as the worst of the worst, which some of them are, but some of them aren’t. And the ones we’re moving out are not, but they’re lumped in there.”

In a typically shady move, Switzerland even accepted detainees in 2011 in a quid pro quo to limit a tax probe against Swiss bank UBS.

The Gitmo pass-the-parcel continued on to Donald Trump.

He said on the campaign trail he would load it up with “bad dudes” and, once elected, reversed Obama’s order, but soon he was complaining about the cost. In 2019, Trump said: “It costs a fortune to operate, and I think it’s crazy.”

His administration stopped five prisoners leaving by cancelling deals made during the Obama era, although he did allow one other to go. That left the current 40, who were largely forgotten about as Trump focused on domestic matters.

Now Joe Biden gets a crack at this never-ending puzzle. He has ordered a “robust” review of the jail, which is surely a move to stall for time – for what can possibly not be understood about the place by now?

Asked if the plan was to then finally close it, White House Press Secretary Jen Psaki commented: “That certainly is our goal and our intention.”

With vague commitments like that, and Biden likely to be a one-term president beset with a litany of issues such as a pandemic, climate change, a struggling economy, and deep social divisions – serious action seems unlikely.

Guantanamo’s captives look like they’ll still be there come 2025.

It’s an utterly shameful practice that has gone on far too long. By now, the lives that these 40 individuals previously had no longer exist. Any relationships or employment they had are long gone.

Nothing has been achieved by Guantanamo apart from the disgusting maltreatment of human beings who have not been allowed due process or been found guilty of anything. Even if some are guilty of involvement of terrorism, by torturing and abusing them, any moral high ground is long gone.

The Mauritanian contains such scenes and reaffirms the point that the War on Terror has destroyed more lives than the incidents that provoked it.

It appears that America is going to keep kicking the can down the road until all 40 of the remaining prisoners die off, one by one.

What it should do instead is admit these people are its responsibility, as they captured them and took them to Guantanamo.

So it should either charge the inmates with the crimes it claims they’re responsible for, and give them fair trials, or release them. And if their former countries of origin won’t grant them safe passage, America will have to give them US passports and take them in. They should then be allowed to build a new life and forget about the hell hole they’ve been held in.

Those who face trial should do so in a normal American court as US citizens, and, if convicted, be put in a regular prison like any other convict with rights to parole.

America has to recognise that, for nearly 20 years, it has handled this process unlawfully and cruelly. Biden has the chance to do the right thing for the remaining 40 prisoners.

It won’t absolve the US of its horrendous misdemeanours, but it would be a step in the right direction.