Home / WORLD / ‘Will Die Welt acknowledge it was wrong?’ Head of RT in Germany asks newspaper after courts rule it published lies about outlet

‘Will Die Welt acknowledge it was wrong?’ Head of RT in Germany asks newspaper after courts rule it published lies about outlet 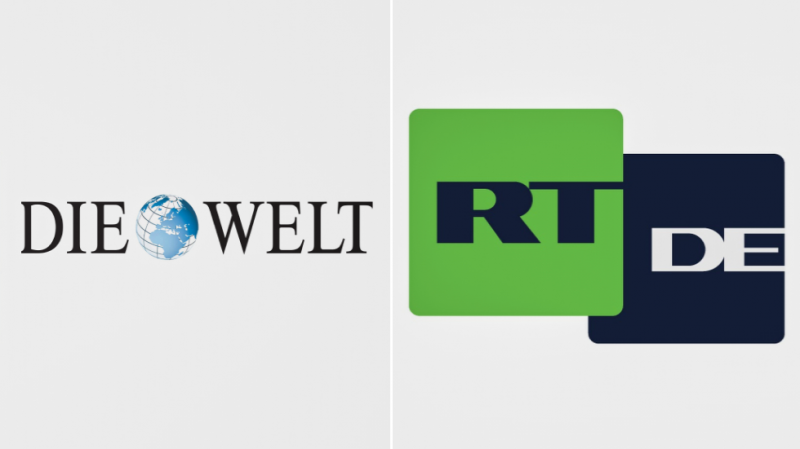 Dinara Toktosunova, head of RT in Germany, called out the influential media giant Axel Springer’s daily publication on Wednesday, citing two injunctions ordered by German courts. Both rulings dealt with the same opinion piece published by Die Welt last month, which was highly critical of the channel and made several claims that RT DE found objectionable. The district court in Berlin and Frankfurt sided with the channel, agreeing that the column stated untruthful facts about RT DE.

“I hope our colleagues will have the dignity to acknowledge their mistake,” Toktosunova said on social media.

The column, bylined by Die Welt writer Ulrich Clauss, sought to expose a purported Russian disinformation campaign in Germany and targeted RT DE as one of its elements. The alleged operation, the article said, was being conducted under the so-called ‘Gerasimov doctrine’. It’s a non-existent Russian military policy that even Mark Galeotti, the person who coined the term, acknowledged was a product of translation error.

Two of the claims that made RT DE file complaints in German courts were about the infamous 2016 ‘Lisa case’. Lisa F. is a Russian-German girl who went missing for several days, scaring her family. After returning home, she claimed she had been raped. German police later said the girl actually ran away from problems at school and that the accusations were fabricated. The investigators also found that Lisa, who was 13 at the time, did have a sexual relationship with an adult man, Ismet S., who was consequently tried for violating German age of consent laws and sentenced to a suspended term in 2017.

The situation caused a top-level diplomatic rift between Russia and Germany and fueled anti-immigrant sentiments in Germany, after the girl’s family reportedly falsely claimed that her alleged rapists were Arabs. Die Welt’s columnist claimed RT DE “invented” the case and called on the Russian-German community to protest. Both statements were falsehoods rather than opinions, the courts said.

The third point of the RT DE complaint was about a misleading passage citing Lennart Maschmeyer, a senior researcher at the Center for Security Studies (CSS) at ETH Zurich. It said “broadcasters like ‘RT Deutsch’ remain the main actors in disinformation,” without explaining whether the quotation marks indicated a direct quote of the expert.

In fact, Maschmeyer’s February paper that the Die Welt article referred to did not mention the channel at all. So the courts agreed that a reasonable reader of the column could be left with a wrong impression of what the expert actually said in his research.

The August 11 ruling of the Frankfurt court said RT DE was correct in believing that the false claims harmed its reputation and ordered Die Welt to cease their dissemination. The Berlin court, which issued its decision on August 4, instructed the newspaper to add to the column a highly visible notice reflecting RT DE’s position. Both rulings can be appealed.

As of Wednesday, the controversial material remains available on Die Welt’s website in its original form.