Home / FUNNY NEWS / Why to miss: the Kaczynski at the meeting of the diet, reading a book about cats

Why to miss: the Kaczynski at the meeting of the diet, reading a book about cats

Kaczynski got into a funny situation.

The leader of the ruling party of Poland, law and justice Jaroslaw Kaczynski at a meeting of the Sejm read a book about domestic and wild cats called Atlas kotów.

During the session of the Sejm, where deputies discussed the laws on the Supreme court and the National judicial Council, has caused controversy in the European Union and Poland, Jaroslaw Kaczynski was considered a book about cats, reports Wiadomosci.

The social network has already made a joke over the situation. 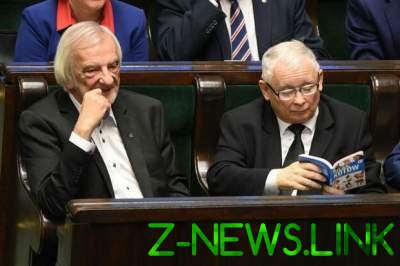