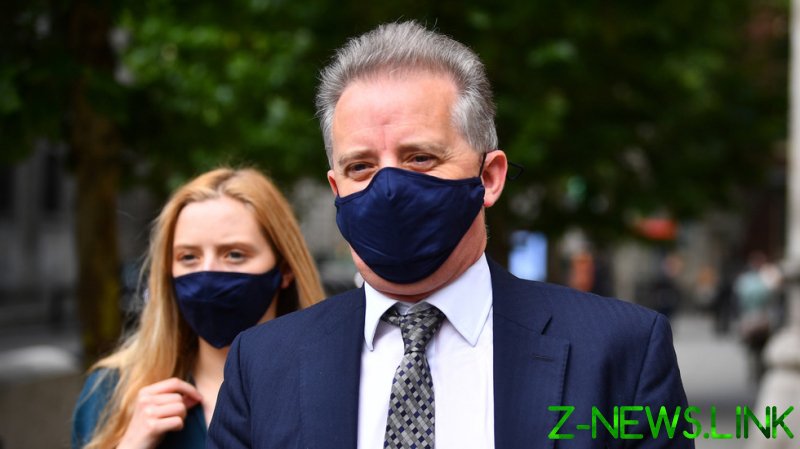 On July 17, The Daily Telegraph brought to public attention that Independent SAGE, the highly controversial scientist collective advocating for excessively harsh coronavirus restrictions, was the creation of The Citizens, a shadowy campaign organization led by Guardian journalist Carole Cadwalladr.

In response, Cadwalladr took to Twitter to rubbish the “scoop,” noting that the connection between the two groups had been acknowledged on Independent SAGE’s website for 17 months – which is true, although the scientist collective seems very much keen to downplay it, merely referring to The Citizens as “a small support team” helping with public events and media activities.

The reasons for this chasmic discrepancy aren’t certain, although the most glaring oddity at the heart of The Citizens – unacknowledged by The Telegraph, and never before reported upon by the mainstream media – is undoubtedly that former MI6 spy Christopher Steele, author of the utterly discredited Trump-Russia dossier, is seemingly involved in the endeavor in some way.

In a statement, Firstlight Group, which provides “media relations support and consultancy to Independent Sage,” contended that The Citizens “drew on a wide and diverse collection of unpaid advisors before it launched,” of which Steele was just one.

“He has never played any active or other role in the organisation or Independent SAGE,” the PR firm added, although in a followup email Firstlight said Steele was part of a “a network of pro-bono advisors we can call upon as needed,” suggesting he could be drafted in to support The Citizens, and by extension Independent SAGE, at any time in the future. Requests for clarity on what precisely he did for The Citizens pre-launch were simply ignored.

What’s nonetheless clear is that Cadwalladr has long-been a fervent advocate of Steele, and frequently ended up in extremely close quarters with the purportedly former spook, as several photos of the pair together, and screengrabs of Zoom conversations with one another, surely attest.

This relationship has endured despite Robert Mueller’s Special Counsel investigation failing to validate, if not outright disproving, most of the incendiary allegations made in Steele’s dossier alleging co-operation between Donald Trump’s presidential campaign and the Russian government in 2016.

Steele’s biography on The Citizens’ website even specifically draws attention to his role in producing the dossier – unsurprisingly, no mention is made of declassified FBI documents revealing that, as early as January 2017, it was abundantly clear the dossier was unsubstantiated and unverifiable bunkum, fed to him by a single, dubious source for cash.

Cadwalladr was likewise an enthusiastic proponent of Mueller, to the extent of launching a podcast – Dial M for Mueller – calling for a similar investigation into the June 2016 Brexit referendum in the UK. Despite much initial fanfare, it produced a mere three episodes before abruptly ending, which may be explained by the actual Mueller report being an embarrassing nothingburger.

Steele’s involvement in The Citizens may account for the clear attempts by Independent SAGE to distance itself somewhat from its purported “parent” and “producer.” However, the central if surreptitious role played by The Citizens in the endeavor is quite clear – a crowdfunding campaign for the collective instigated following its June 2020 launch was created by The Citizens, described as Independent Sage’s “partner,” which had been offering “time and skills to help behind the scenes.”

The quietly published official record of a meeting of Independent SAGE’s ‘Behavioural Advisory Group’ that same month is even fishier. It shows that Zack King, representative of Firstlight Group, took a principal role in proceedings, introducing “the work of Independent Sage to date” and leading a dedicated “item” on press relations.

Along the way, King stressed that he, his company and Carole Cadwalladr “handled press issues” and Independent SAGE could use them if and when they wanted to “involve” the media in its activities.

“Zack and Carole work together on press side. Most press relations are undertaken via Zack and his PR firm,” the minutes state.

This excerpt raises serious questions about whether Cadwalladr’s journalistic output and social media postings on the pandemic represent a conflict of interest, given she has repeatedly advocated Independent SAGE’s harsh proposals for dealing with coronavirus. Furthermore, a July 2020 Guardian editorial effusively endorsed Independent SAGE’s ‘zero covid’ strategy, despite the outfit itself acknowledging that the total eradication of a disease has only ever been achieved once in history, in the case of smallpox.

It’s inarguably an extremely strange situation, in which Cadwalladr and Firstlight Group provide “media relations support and consultancy” to Independent SAGE and help “involve” the press in its work, and then Cadwalladr and her employer amplify their sensationalist, unscientific prognostications.

For example, on July 14, ahead of ‘Freedom Day,’ Cadwalladr spoke of her growing “dread” about the UK “sleepwalking into disaster.” Two days earlier, Independent SAGE published an “emergency statement” on the impending removal of pandemic restrictions via The Citizens’ website, calling the move a “terrible mistake” that would “lead to many avoidable deaths and long-term illness.”

This one-two punch is rendered all the more suspect given Cadwalladr’s leading role in The Citizens has only recently been made at all clear. It’s also rather peculiar that she isn’t listed as a director of the operation – perhaps explained by another company she founded not having filed accounts since December 2018, in contravention of its legal obligations.

Then again, Independent SAGE is an extremely shady operation. While unaffiliated to the government, and engaged in attempts to lobby government policy, many of its members are part of the official SAGE (Scientific Advisory Group for Emergencies) advisory group itself.

Overwhelmingly, though, Independent SAGE’s membership is comprised of behavioral scientists and clinical psychologists, not epidemiologists or virologists – in other words, not obvious candidates for effectively managing and resolving a public health crisis, but absolutely the kind of people one would enlist to sell certain ideas to the public.

The overlap between membership of SAGE and Independent SAGE membership also means that representatives of both can appear in the media billed as mouthpieces of the former only, and make alarmist, headline-grabbing projections that don’t reflect SAGE’s official position or modelling, without this crucial caveat being acknowledged. Witness Susan Michie stating in June that government-enforced social distancing and mask wearing will have to remain in place forever, contrary to published SAGE wisdom.

Steele’s dodgy dossier gripped journalists’ attention the world over and drove news coverage for months before its exposure as flagrant nonsense. How long it’ll take before Independent SAGE’s dubious prognoses and baseless hysteria is similarly laid bare is anyone’s guess.