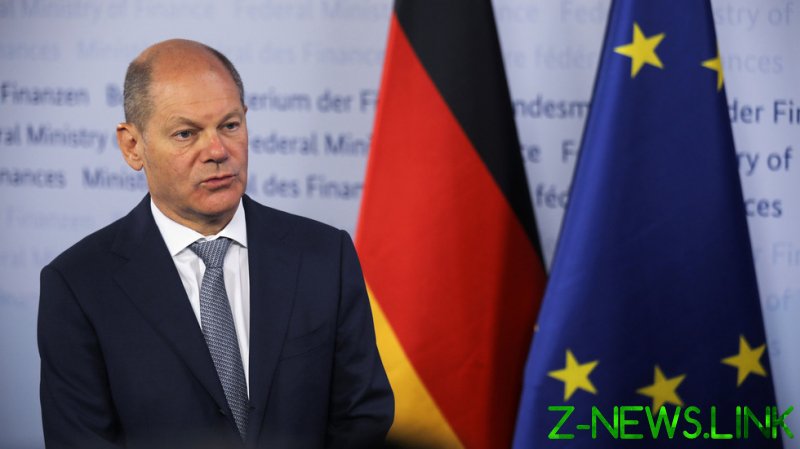 Scholz will become the new chancellor of Germany within the next 10 days, heading a ‘traffic light’ coalition made up of his own party, the SPD, the Greens, and the Free Democrats.

The top jobs will be divided between the leaders of the respective parties, with the three most powerful positions going to Scholz, the leader of the SPD; the FDP’s Christian Lindner, who will be finance minister; and the Green co-leader Annalena Baerbock, who will become foreign minister.

The basis of the agreement was fleshed out in a 178-page document, which ran to 52,000 words. In it, the coalition members dealt with a range of issues including the economy, migration, cannabis, and climate change. However, one of the most interesting aspects is the unashamed ambition for the new government to work towards the “development of a federal European state.”

Indeed, Udo Bullmann, who was the SPD’s lead negotiator on European affairs said that “time is calling for it” and the “people are waiting for it.” Hmmm. We will see about that.

The federalist ambitions of the new German government will cause concern in a number of countries, including Poland, whose government has made clear that it is opposed to an EU superstate. I predicted back in June that the federalist ambitions of the EU will eventually cause a rupture with the Poles, and this document only serves to bring that inevitable clash a step closer.

Moreover, a spokesman for the Hungarian prime minister’s office said the German coalition document “is not a European but a distinctly Western European programme,” which is “extremely far from what in the central part of Europe we think about the world and societies.”

He added that the new German government “clearly wants a united states of Europe, but at least they are doing it openly, rather than through a stealthy stretching of the powers of European institutions and weakening the powers of member states.”

This is a really interesting comment, because the EU generally gets its own way when it acts surreptitiously. When its plans for integration are brought out into the open, they generally get rejected. Indeed, the last time the EU laid bare its ambitions for a federal Europe in the form of a European Constitution, the idea was roundly rejected by the French and the Dutch in referendums.

The German coalition document also wants to see moves towards a cohesive EU foreign policy. It aims to abolish the principle of unanimity, replacing instead with Qualified Majority Voting (QMV), which means that member states will no longer have vetoes on foreign policy. This could lead to countries being dragged into foreign engagements that they may not necessarily agree with.

Although the German government’s plan to hand more power to the elected MEPs may be a move towards more democratic accountability, it could also be counter-productive.

The European Parliament is the most federalist of all the EU’s institutions, and it is also by far the most extreme. Indeed, the European Commission often acts as a brake on some of the parliament’s excesses, which is why inter-institutional conflict is rife. Take, for example, the recent case where the parliament is suing the commission for not punishing Poland and Hungary quickly enough for refusing to comply with EU diktats.

If MEPs had their way, climate targets would be even more extreme, the EU would already have a standing army and be involving itself in conflicts all over the globe, and there would be acceleration towards full integration. In addition, those countries that deviate from the aims of the project would face even harsher penalties. No wonder uber federalist MEPs like former Belgian PM Guy Verhofstadt are cheering the new German government to the rafters.

And what about the French? Scholz has already signalled that his first foreign visit as chancellor will be to Paris, yet I am not convinced that he will find his counterparts there eager to support his ambition for a “federal European state.”

Polls show that the French public is becoming increasingly sceptical about Brussels, which is why the country’s presidential candidates are donning Eurosceptic clothes. Macron, for example, has vetoed EU enlargement, and even Michel Barnier, the EU’s former Brexit negotiator, is talking of returning powers from Brussels.

I genuinely believe that the federalist ship has sailed. These ideas were in vogue in the first decade of the century, but not so much now. One only has to look at how Eurosceptic parties have grown all over the continent over the past 20 years as proof that citizens are becoming weary of Brussels’ interference.

If the German government is true to its word and aggressively pursues the goal of creating an EU federal superstate, then it will lead to massive tensions between members. Indeed, in the longer term, it could result in some countries withdrawing from the bloc altogether and going their own way.